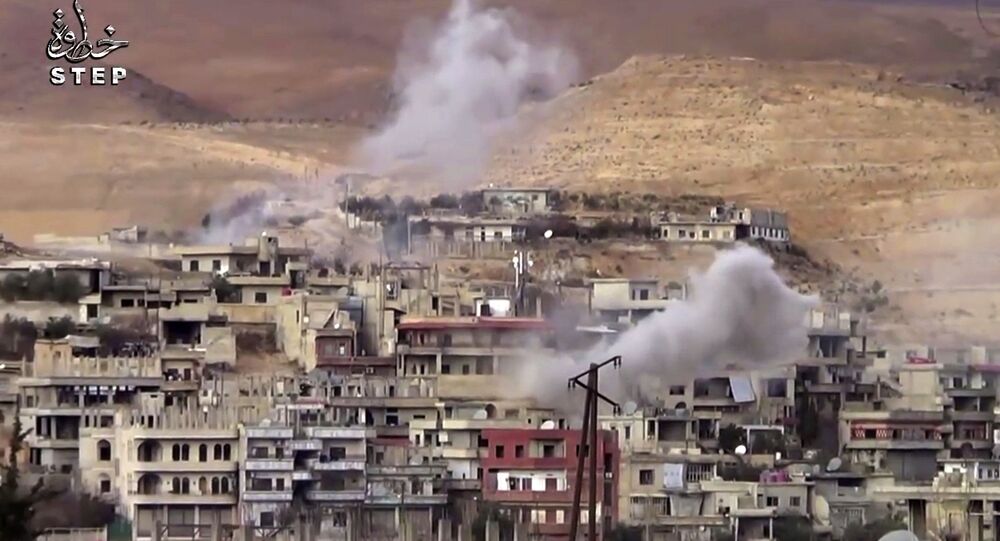 Over 2,600 militants have laid down arms in Syria's Wadi Barada valley, which supplies the Damascus province with drinking water, Col. Alexander Blinkov, a spokesman for the Russian Center for Syrian reconciliation, said Thursday.

"People living in the Wadi Barada river valley are returning to normal life. The first stage of a complex reconciliation plan for this district is currently being implemented. Over 2,600 people have already settled their status by now. Those militants, who have refused to lay down arms, are leaving for the Idlib province with their families under the supervision of the Syrian authorities," Blinkov told reporters.

At the same time, militants, who have refused to join the ceasefire and found shelter in highland areas, continue shelling nearby districts and villages, Blinkov added.

The Syrian capital gets most of the water from springs in the Wadi Barada valley. Water supplies were drastically reduced in late December. The problem of the Wadi Barada area, controlled by the opposition, was one of the stumbling blocks at the talks in Astana, Kazakhstan.