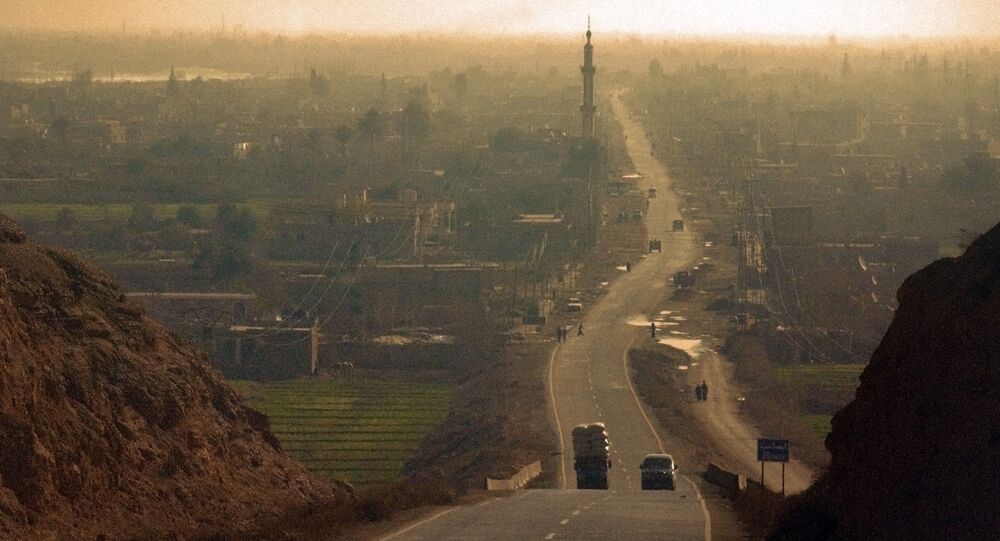 According to the TV channel, terrorists have managed to approach the airbase, gaining control over the territory which had been earlier occupied by a Syrian army military unit.

© AP Photo / Militant website via AP, File
Daesh Moves 5,000 Terrorists to Raqqa, Deir ez-Zor From Iraqi Mosul – Russian Reconciliation Center
Deir ez-Zor airbase remains the last line of defense of the Syrian army on the way to the city. Despite numerous terrorist attacks involving suicide bombers and military equipment, the Syrian Air Force managed not only to successfully defend the airfield, but also counterattacked terrorists fighting in nearby territories.

On Saturday, the Syrian army repelled Daesh's attack south and north-west of the Deir ez-Zor’s military airfield and a number of districts in the western outskirts of the city.

Earlier in the day it was reported that the Syrian army eliminated a group of 18 foreign militants of Daesh terrorist group during fighting 45 kilometers southeast of the city of Deir ez-Zor.