Turkey has agreed to send fuel to alleviate the ongoing electricity crisis in Gaza, a Hamas leader announced January 14.

According to the Energy Authority in Gaza, Turkey will send around 15 million liters of diesel fuel.

The announcement came days after a reported 10,000 people rallied in the Jabaliya refugee camp in the north of the Palestinian enclave in what the New York Times calls one of the largest unauthorized demonstrations in the Gaza Strip since Hamas took control a decade ago.

Gazans, fed up with getting electricity for only a few hours a day since the region's only power plant stopped operating last week, directed chants that they were being "trampled" at the leader of Hamas in Gaza, Ismail Haniya, as well as Fatah leader Mahmoud Abbas, president of the Palestinian Authority. They threw stones at the electricity company and burned tires until Hamas police fired live ammunition into the air to break up the crowd. Local media report that many were also arrested by Hamas authorities during and after the demonstrations, with totals varying from 30 to nearly 300.

Hamas then organized its own counter protest January 13, blaming Israel and the PA for the almost-total blackout, Middle East Eye reports.

Gaza's power plant had been operating only at half capacity for some time, largely because of a lack of fuel. In Gaza, where some 80% of residents rely on humanitarian aid to survive, many do not pay their electricity bills. As the electricity companies sink into debt, the PA has been cutting the tax exemptions it gives its rival, Hamas, to buy fuel for the power plant, the New York Times reports. The PA imposes a 90% tax on fuel sold in the local markets in Gaza and the West Bank; it ended its full exemption of the tax on Gaza's fuel last year out of budget concerns. 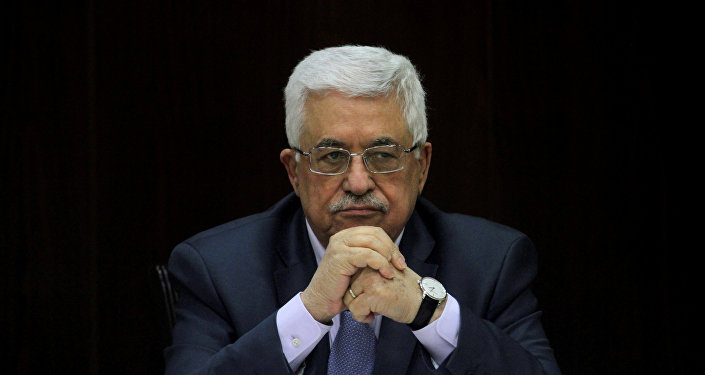 So Hamas blames the PA for failing to upgrade the electricity supply lines to Gaza and holds its leadership "fully responsible for the repercussions of this artificial, politically-motivated electricity crisis, which is meant to tighten the siege of the Gaza Strip and evoke chaos," according to Jerusalem Online. The Palestinian Center for Human Rights blames "internal political bickering" among the fractured PA and Hamas leadership. Israel blames Hamas for stealing electricity fees for its members' personal gain.

And Gaza continues to suffer. The Palestinian Center for Human Rights reports that at least 130 people in the Gaza Strip have died because they've been forced to use alternatives to electricity, such as candles, to light their homes and cook. The vast majority of the 2 million people living in Gaza already lack clean drinking water, not to mention education and employment opportunities and reliable access to medical care.

Israel has consistently targeted Gaza's only power plant, bombing it in June 2006 and again in July 2014, the latter an act Amnesty International said amounted to collective punishment of Gaza's citizens and possibly a war crime.

Gaza has been simmering over the electricity crisis for some time. Last week, Hamas security forces arrested comedian and singer Adel Al-Mashoukhi hours after he posted a video on Facebook of himself saying, "There are no jobs, no borders, no food, no water and no electricity. I can live without everything, but not electricity. Enough Hamas," Mondoweiss reports. Al-Mashoukhi is not the only Gazan venting his frustration online.

(An Interior Ministry official says Mashoukhi was arrested for disciplinary violations in his work as a member of the ministry's security apparatus, the New York Times reports.)

Israel's electricity suppliers could send power to Gaza, but as its electric company hasn't been paid for electricity it has provided in the past, it wants financial guarantees before it will send more, Middle East Eye notes.

Israel has maintained a blockade of Gaza while Hamas has been in power in the enclave, strictly limiting the goods that can enter.

Israel Will No Longer Return Bodies of Hamas Soldiers