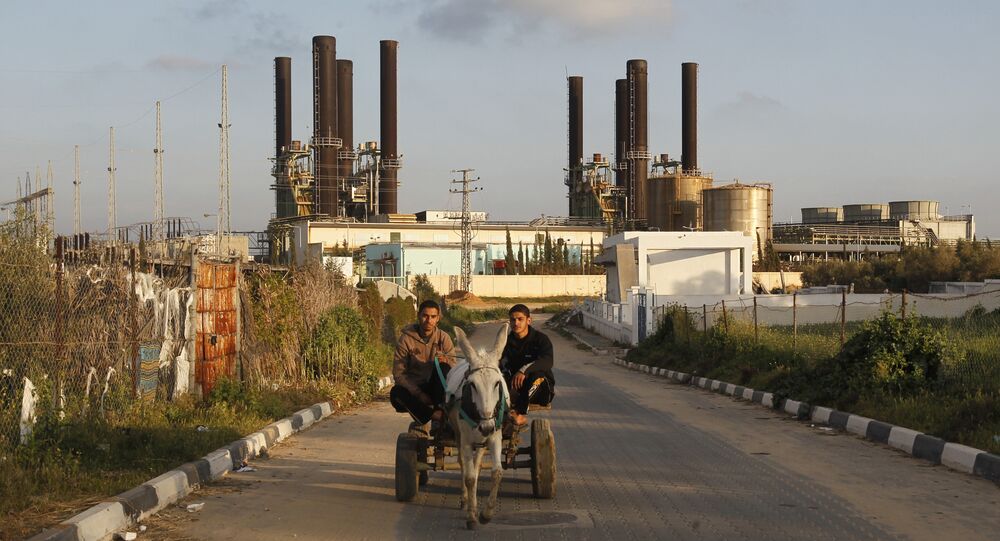 Ninety Percent of Gaza Has No Clean Drinking Water; All May Be Unusable by 2020

Ninety percent of Gaza has no safe drinking water and by 2020, none of the water in the blockaded enclave will be usable if nothing is done, the World Bank said this week.

This was not always the case. As recently as the late 1990s, tap water in Gaza was safe to drink, World Bank Senior Water and Sanitation Specialist Adnan Ghosheh said in his statement on the World Bank website this week. But since then, so much water has been pumped from the natural aquifer underneath Gaza that seawater has seeped in, spoiling the water and making it too salty for drinking.

Gaza’s nearly 2 million residents, therefore, rely on about 150 water truck operators selling desalinated filtered drinking water. However, "It's more expensive and not an improved source of water, according to our definitions of water clean enough to drink,” Ghosheh said.

And while salty water may suffice for some household necessities, it's hardly among the comforts of a Gaza home. "The water we have, when it's on, it's not clean; it's undrinkable. It hurts the eyes because of the high salinity," Nahed Radwan, a Gaza resident, told Al Jazeera in a report over the summer. Radwan said her taps are usually running once a week for two days.

"People are using generators for water, but we can't afford it," Radwan said. "Especially my girls – they don't like to take showers with salty water, their hair starts to fall out. I cook and do everything with drinking water."

Despite shelling out for bottled water – spending six times more on the basic human necessity than their counterparts in the UK, Al Jazeera reported, in an area where poverty is widespread and most households depend on international aid – some 68 percent of water that does reach Gazan households from these often unlicensed desalination plants is biologically contaminated.

Israel supplies water to Gaza, but the amounts have not kept pace with population growth in the penned-in area often described as an open-air prison. The volume of water provided under the 1993 Oslo Accords “falls far short of what [Gaza] needs now,” Ghosheh said.

The Israeli-Palestinian Joint Water Committee has not met in years, Medialine reported. Israeli officials say the Palestinians are not interested in meeting, while Palestinian officials say they will not approve more water for Jewish communities in the West Bank, which they say are already receiving as much water as they need.

The World Bank works with the Palestinian Water Authority (PWA), which is pushing to build a central desalination plant, Ghosheh noted. How long this will take may not be in the PWA’s control, however – Ghosheh pointed out that it took three years for Israel to approve a dedicated power line to another joint project, a wastewater treatment plant.

"If we start implementing the measures to secure the water supply and improve water management, the aquifer would clean and replenish itself,” Ghosheh said. "But, if by the year 2020, those measures are not in place – if the 55 m3 of water a year from the desalination plant is not coming to replace the water being taken out, if the waste water plants are not built – we will basically have an irreversible process."

Gaza's municipal services across the board have severely deteriorated during the dispute between Hamas in the Gaza Strip and the Palestinian Authority in the West Bank, along with the Israeli-imposed blockade, a UN report found earlier this month.

"Despite the challenging circumstances, we believe that Palestinians, like any other nation, are entitled to adequate water and sanitation," Ghosheh said.

Hamas Calls on Trump to Reconsider US Policy Toward Palestine