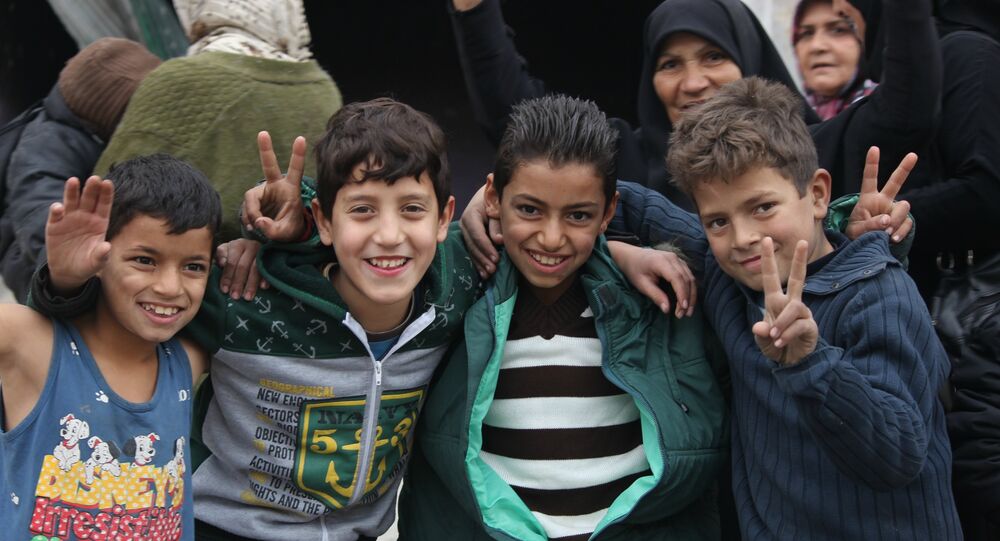 The Russian Defense Ministry said that all women and children have been evacuated from militant-controlled districts in Aleppo.

© REUTERS / Omar Sanadiki
Aleppo's Liberation: 'Everyone Was Celebrating, the City Looked Like a Big Wedding'
More than 9,500 people have been evacuated from eastern Aleppo, the Russian center for Syrian reconciliation said.

All people who wanted to leave eastern Aleppo did it, the Russian center said.

According to the center, the operation to evacuate militants and their families from Aleppo has ended.

"The operation of the Russian center for reconciliation on the evacuation of militants and their families from eastern districts of Aleppo has ended."

Over 4,500 militants and 337 wounded people have left eastern Aleppo, according to the Russian military.

Groups of militants who shell Syrian troops remain in certain areas of Aleppo, according to the Russian Defense Ministry.

"According to evacuees in the last convoy, all those who wanted it have left eastern districts of Aleppo over the past 24 hours. Groups of militants…, which shell the Syrian army, remain in some districts. Syrian army units continue the liberation of districts in Aleppo, where the most radical militants remain."

© Sputnik / Ali Hassan
Militants in East Aleppo Seek to Take Hostages With Them in Evacuation, Breaching Deal - Syrian State TV
Earlier in the day, a Syrian state-run TV channel reported that militants shelled an evacuation corridor from eastern Aleppo in the Ramuse district and violated an agreement with the Syrian government by attempting to take hostages with them. The Syrian army has been sent to the area.

The withdrawal of the remaining militants and their families from the eastern parts of Aleppo is organized by the Russian center for Syrian reconciliation, in cooperation with the Syrian authorities.

According to the order of Russian President Vladimir Putin, the militants are set to be taken out of the city by buses and ambulances through a special corridor to the city of Idlib. Representatives of international organizations have been invited to monitor the process.