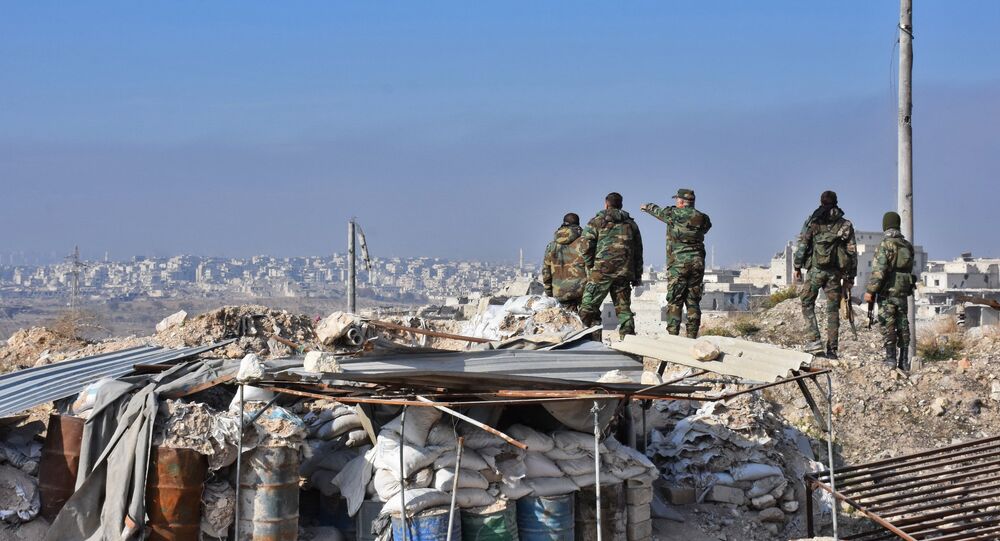 The remaining armed groups in Eastern Aleppo have asked the Syrian Army's leadership to let them leave the city and head toward Idlib, a source told RIA Novosti.

"The militants asked the Syrian Army through intermediaries to give them a corridor so that they could leave Eastern Aleppo with arms and head to Idlib," the source said.

The source stressed that the request is still being considered by the Syrian army commanders in the area.

Earlier in the day, Russia's deputy foreign minister has confirmed that an arrangement had been achieved.

Meanwhile, a Turkish army source told Reuters that Moscow and Ankara will be the guarantors of the agreement for the militants to leave. He said the militants will be allowed to carry light arms and that the evacuation will start on Tuesday night.

Over the recent months, Aleppo became a major battleground in Syria between government forces and militants. Earlier on Tuesday, the Russian reconciliation center said that the Syrian authorities are controlling over 98 percent of the territory of Aleppo, with militants present in less than 3 square kilometers (1.1 square mile).