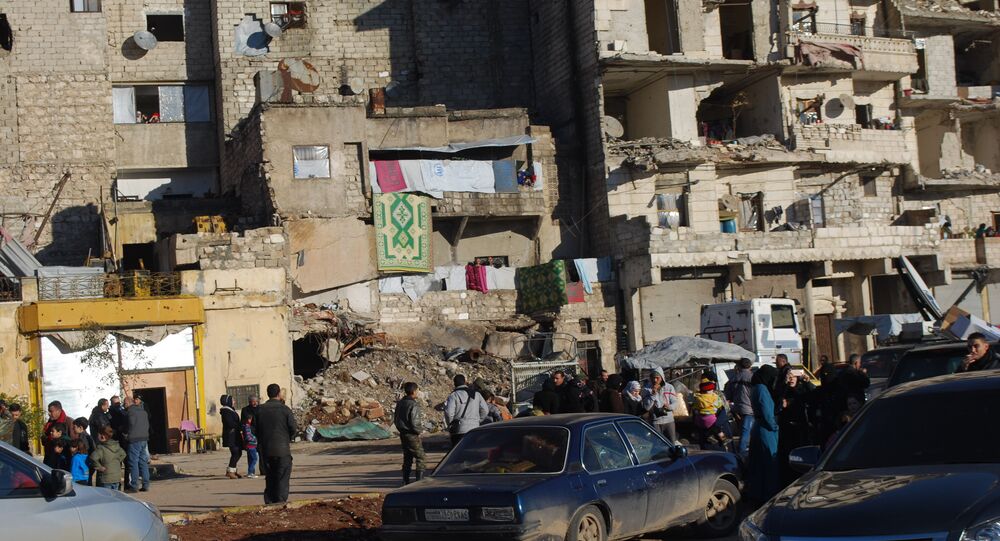 Militants in East Aleppo are seeking to take prisoners with them during the evacuation, which is a breaching of the deal, Syrian al-Ikhbariya state TV channel reports.

"There are reports that militants have violated the agreement and tried to take people hostage," a correspondent of TV channel reported.

The evacuation of militants and their families from east Aleppo has been suspended following the violation of the agreement.

Earlier on Friday, the Russian reconciliation center in Syria said over 6,000 people, including 3,000 militants, had left eastern Aleppo in several convoys in the first 24 hours of the evacuation operation.

The withdrawal of the remaining militants and their families from the eastern parts of Aleppo is organized by the Russian center for Syrian reconciliation, in cooperation with the Syrian authorities.

According to the order of Russian President Vladimir Putin, the militants are set to be taken out of the city by buses and ambulances through a special corridor to the city of Idlib. Representatives of international organizations have been invited to monitor the process.

Over 6,400 People Leave E Aleppo in First 24 Hours of Evacuation