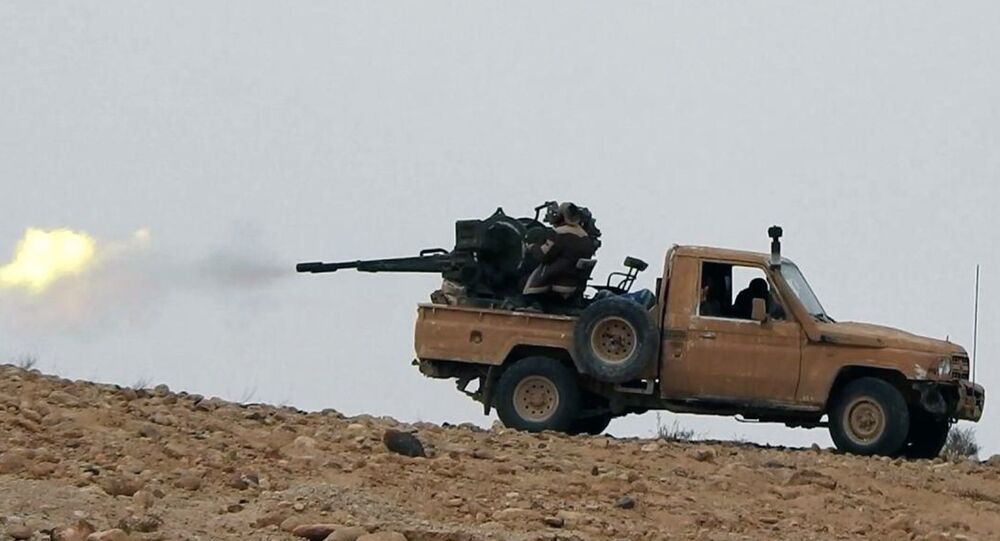 The Syrian Army has moved to the suburbs of Palmyra and is fighting Daesh, the governor of the Homs Province said on Sunday.

The decision was made in light of the enemy's "superior forces".

He noted that Daesh was attacking Palmyra on several directions.

A source has earlier told RIA Novosti Palmyra residents had been evacuated and the Army was fighting against the jihadists in the city suburbs.

Earlier on Sunday, Russia's center for Syrian reconciliation reported that Daesh managed to move considerable forces from Raqqa to Palmyra after the US-backed offensive of Arab and Kurdish rebels was stalled. More forces and equipment were relocated from the vicinity of Deir ez-Zor.

"Over 4,000 Daesh terrorists have regrouped <…> to capture Palmyra," the center's statement said.

© AFP 2021 / STR
Daesh Moves Reserves to Palmyra Thanks to Pause in US-Controlled Raqqa Offensive
Over the recent months, Daesh has several times tried to oust the government troops from their defense lines. Having amassed considerable forces to the west of Palmyra, the jihadist group sought to seize two oil and gas fields, but all of their attempts have been foiled. The terrorists intensified their attacks on the ancient city over the last week and managed to capture several high grounds in proximity to Palmyra.