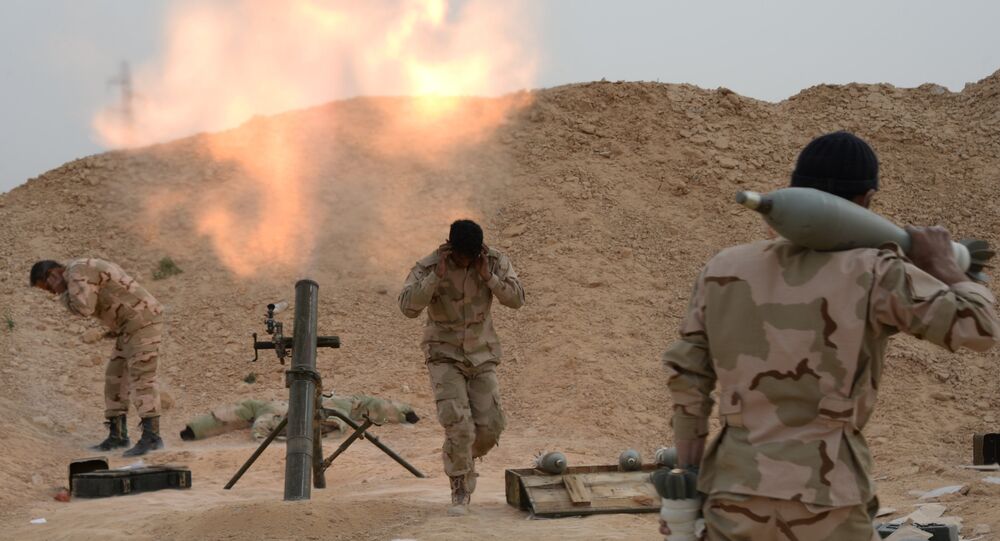 Daesh terrorists have made another attempt to capture the city of Palmyra, Russia's center for Syrian reconciliation said on Sunday.

"Over 4,000 Daesh terrorists have regrouped and again tried to capture Palmyra," the center's statement said.

The center noted Daesh had moved considerable forces from their stronghold of Raqqa after the US-backed offensive of Arab and Kurdish rebels was stalled. More forces and equipment were relocated from the vicinity of Deir ez-Zor.

The center cited intelligence data that showed Daesh had moved up to 5,000 fighters to the cities of Raqqa and Deir ez-Zor from the Iraqi stronghold of Mosul.

"Currently the Syrian troops are maintaining defense in Palmyra," the statement added.

The Syrian army is being backed by Russian aircraft.

"Despite huge losses, terrorists are trying to get closer to the city and entrench within the city, as the Russian Aerospace Forces do not target residential buildings in Palmyra," the statement said.

Despite the defeat, the terrorists are again trying to attack the city from the northern, eastern and southern sides. Their perceived goal is to capture al-Amiriyah town northeast of Palmyra and a nearby industrial area, Syria's SANA news agency said.