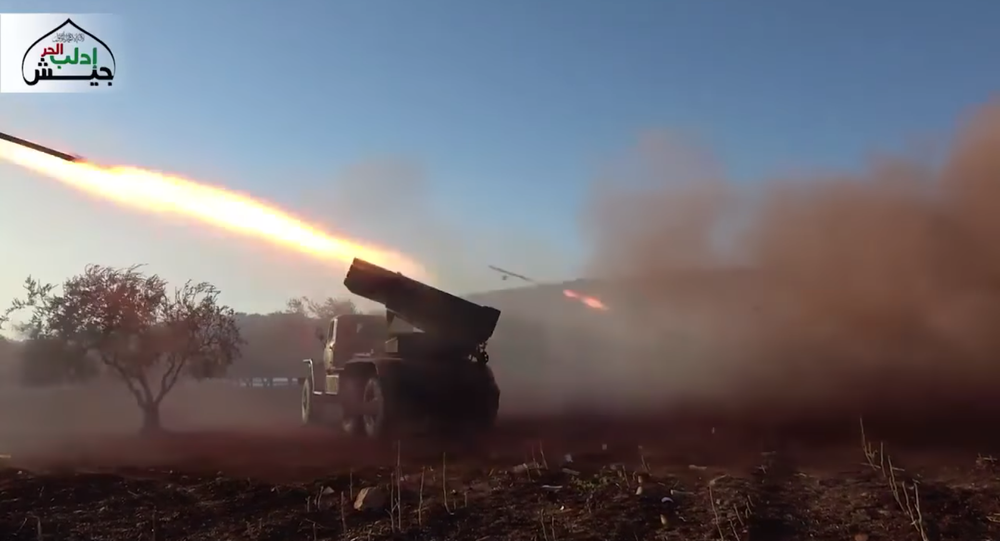 The strike with the high-potency, low accuracy weapon was heralded by the militant group Ahrar al-Sham as an attack on government positions, but its targeting capabilities all but assure that civilians took the brunt of the assault.

On Saturday, Ahrar al-Sham militants, deemed a "moderate" rebel group by Washington despite their links to Daesh (ISIS) and al-Qaeda, unleashed a horrific barrage of at least 40 grad missiles on the heavily populated city of Hama – home to over 300,000 people – as the intensity of the war in Syria continues to escalate following the breakdown of the ceasefire agreement last week.

The militant group which fights alongside the Syrian al-Qaeda affiliate (until a recent rebranding effort) al-Nusra Front, released footage of the shelling of Hama with grad missiles claiming that they were targeting Syrian Army positions at the Hama military airport with a weapon well-known to be among the very least accurate weapons known to cause disproportionate carnage on civilians.

The video comes only days after the US-backed Free Syrian Army, a different "moderate" rebel group, were shown for the first time using the high-powered rocket launchers against Syrian government controlled areas in North and West Aleppo.

​Following the collapse of the ceasefire, Gulf countries provided the Syrian rebels with “excellent quantities” of surface-to-surface Grad missiles according to Fares al-Bayoush, a rebel commander of the Free Syrian Army.

The use of the weapons follows warnings by the United States that the Gulf states could potentially arm the Syrian opposition with even more sophisticated anti-aircraft missiles with a US official telling Reuters that Saudi Arabia or Turkey could be prepared to provide man-portable air-defense systems (MANPADS) for use against Russian and Syrian aircraft.

"The Saudis have always thought that the way to get the Russians to back off [in Syria’ is what worked in Afghanistan 30 years ago – negating their air power by giving MANPADS to the Mujahedeen," the source told Reuters. The Mujahedeen eventually became the enemy of the West as the precursor to al-Qaeda, to which groups like Ahrar al-Sham are inextricably linked adding another level to the comparison.

As has been evidenced by the introduction of BM-21 Grad missiles by Gulf States in the Gaza Strip, the weapon is notoriously inaccurate providing an enhanced threat to civilian structures and of massive non-combatant loss of life.

In Gaza, Grad missiles that were launched by untrained operators missed entire cities over 50% of the time such that the US-led coalition and its Saudi partners are effectively engaging in indiscriminate targeting of government-held positions without regard to civilians.

US Strategy in Syria: 'If You Can't Stop a Problem, Expand It'