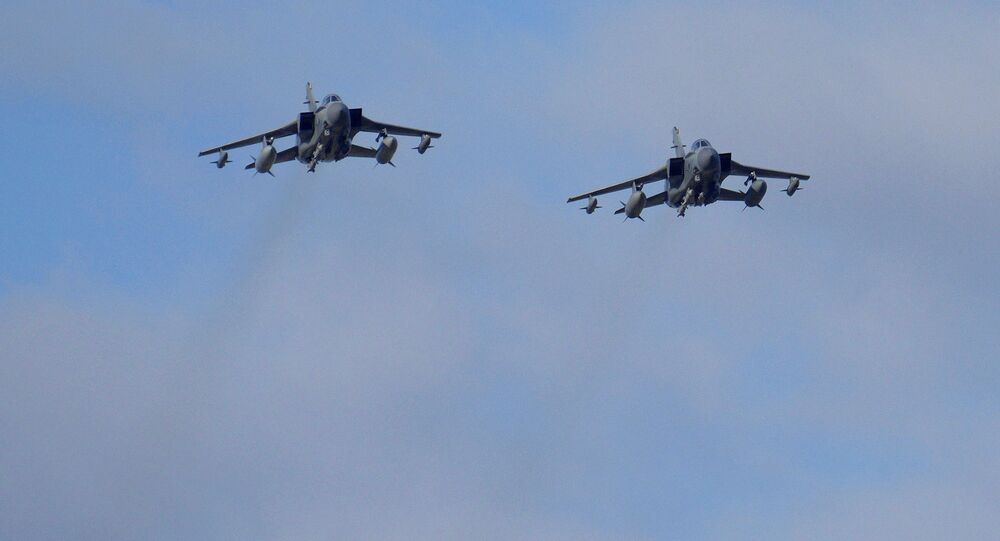 Three strikes near the city of Deir Ezzor destroyed eight Daesh oil tanker trucks and seven oil well heads, the Task Force stated. An additional strike near Shadaddi destroyed an Daesh vehicle and engaged one of the group’s tactical units.

The coalition conducted 10 airstrikes on Thursday near seven Iraqi cities in coordination with the Iraqi government, engaging Daesh tactical units and logistics operations near Baghdadi, Bashir, Mosul and Qayyarah.

© Sputnik / Nazek Muhammed
Sputnik Photographer Captures Hellscape of Ramadi, Iraq After Liberation from Daesh
Near Ramadi, one airstrike destroyed a building, fuel truck, vehicle and five rocket rails, while another near Sultan Abdallah destroyed weapons and mortars, the release noted.

The US-led coalition of more than 60 nations has been carrying out airstrikes in Iraq and Syria since the summer of 2014. In Syria, the coalition is acting without the approval of the legitimate government of President Bashar Assad or the UN Security Council.

The Daesh has been designated as a terrorist organization and is outlawed in Russia and numerous other countries throughout the world.

US-Russia to Coordinate Airstrikes on Both Nusra, Daesh in Syria