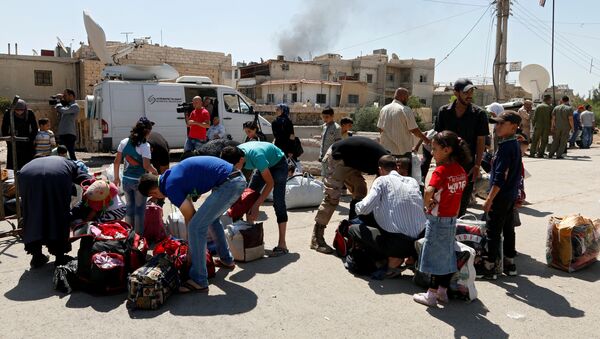 "The documents that we endorsed with [US Secretary of State] John Kerry sets out in black and white that we will coordinate our actions against the Nusra Front and against the Daesh," Lavrov said.

The September 9 Russian-US pact that entered into force on Monday foresees the countries' anti-terrorism coordination through a Joint Implementation Center if the truce holds up successfully for a week.

Nusra renamed itself the Jabhat Fatah al-Sham late in July after a proclaimed split from the al-Qaeda terrorist group.