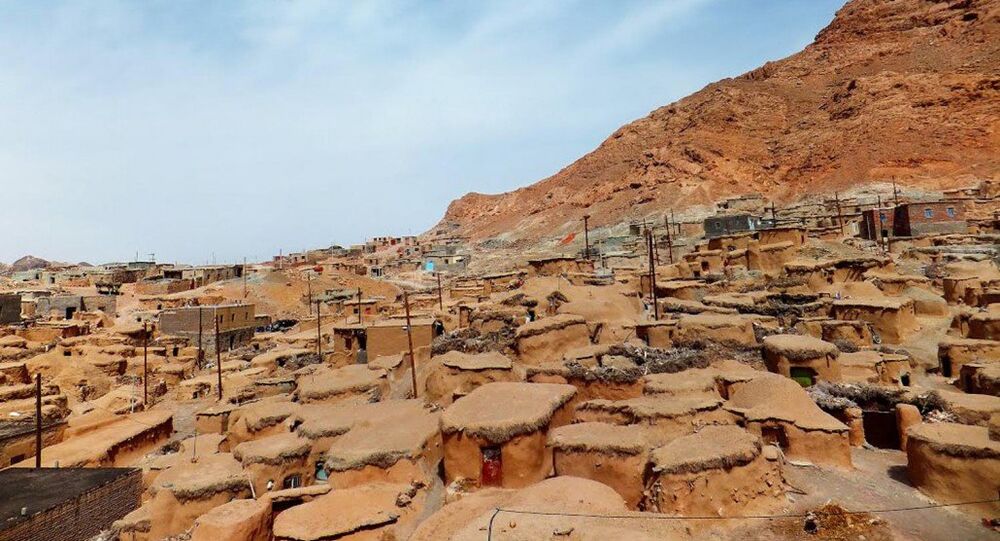 Makhunik is a village in South Khorasan province, just 20 km from the Iranian border with Afghanistan. The village is popularly known as the "village of lilliputians," and although you won’t meet dwarfs there now, locals say they really used to exist.

If you take a look at Makhunik from the nearest mountain, it will remind you a meadow dotted with mushrooms. The "mushrooms" are small houses with narrow doorways. Being there, anyone would feel like Gulliver.

​Founded 1,500 years ago, Makhunik became known as the village of lilliputians because of its past, when its inhabitants never grew higher than a meter tall. Researchers say that it could have happened through the frequent marriages of close relatives, malnutrition with lack of proteins and vitamins, and drinking water with trace of mercury.

​There are 700 people living there now. The village's houses still preserve the elements of Neolithic architecture. The buildings' color once served as camouflage: it was impossible to spot them from the mountains at a distance.

The elderly people prefer old-fashioned kerosene lamps and fireplaces to electricity. There are also no TVs anywhere, as the villagers believe that they are from the devil.

​The village has one school. In the evenings, the young people study theology at a local mosque. Despite its size and location, there is no rush to leave and the small population seems to genuinely love their home and is happy to remain there.

Remains of similar settlements have also been found in other places across Iran.