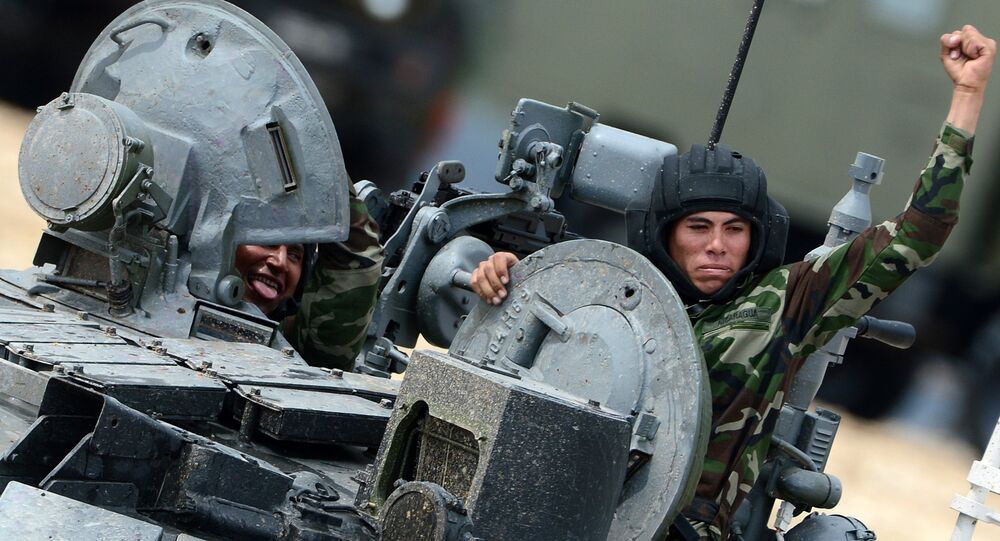 Contingents of the Iranian army, the Islamic Revolution Guards Corps, Islamic Basij militia and police will take part in the International Army Games that kicked off in Russia and Kazakhstan on Saturday.

In an interview with Sputnik, Iranian Air Force Colonel Mehdi Ahmadi Afshar, the commander of the national armored vehicles team, described the Iranian squad as a “strong and high quality” outfit.

“We put together a strong and high quality team of regular army, IRGC, Basij soldiers as well as police officers to compete in Masters of Armed Vehicles, Tank Biathlon, Elbrus Ring, Clear Sky Air Defense and Depth Diving events to be held in various Russian cities. Our sharpshooters will also take part in the Sniper Frontier competitions in Kazakhstan,” he said

Colonel Afshar added that the Iranian team had undergone a six-month crash course honing their skill ahead of the prestigious contest.

He said that there had been a stringent selection of potential participants held in every service branches of the Iranian armed forces.

© Sputnik / Evgeny Biyatov
Int'l Army Games Promote Mutual Understanding Among Military Personnel
“This done, we worked at ranges and in classrooms and held a great number of friendly competitions under the watchful eye of professional referees.

As for our prospects, well, it’s hard to say. All I can say is that, with God’s help, we will try our very best so that the Iranian people and our leaders are proud of our performance,” he added.

When asked about the importance of participation in the International Army Games, Colonel Afshar said that forums like this were meant to showcase the combat  readiness and might of the participating countries.

“The Iranian team is fully aware of this and accepts this challenge. We are also ready to share our combat experience with our colleagues. Forums like the International Army Games are a perfect place where you can and must learn many useful things.”

“We are ready to emulate various tactical and technical things from our partners from Russia and other countries, and get acquainted with the arms they use. We are looking forward to honest competition and fruitful cooperation with our colleagues here,” Colonel Mehdi Ahmadi Afshar said in conclusion.

The IAG, which started on Saturday, features competitions in 23 events. A total of 121 teams from 19 countries across the world are taking part in the Games monitored by observers from 11 countries.

The competitions include, among other events, tank biathlon, combat jet maneuvering, as well as contests for marine officers and divers, canine handlers and military medics.

The Games are set to run until August 13 with China, Belarus and Azerbaijan among the participants.