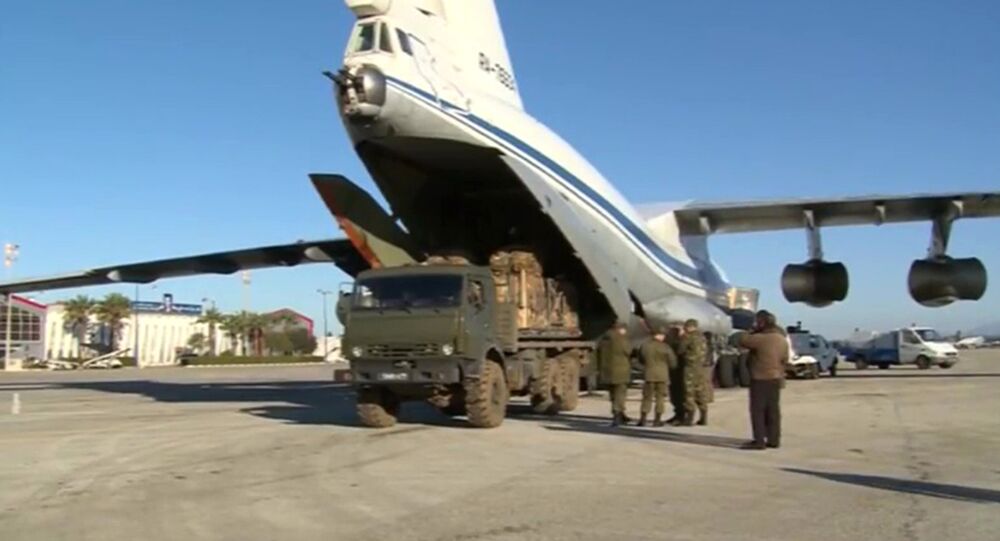 Two Major Blows to the US' Game in Syria

The launch of a joint humanitarian relief operation in Aleppo by Russia and the Syrian government has “switched all the trump cards out of US hand”, according to Reuters, and here is why.

© Sputnik / Ilya Pitalev
Lavrov Reveals US Secretary of State Kerry's Demands in Syria
Moscow has forestalled the US operations in Syria by launching, together with the Syrian government, a joint large-scale humanitarian relief operation in Aleppo, establishing three corridors for civilians and one for militants with weapons and equipment, according to Reuters.

“US Secretary of State John Kerry's attempt to elicit Russian military cooperation in the fight against Islamic State in Syria suffered two potentially crippling blows on Thursday,” the agency quotes some US officials as saying on condition of anonymity.

The first blow, they reason, is that “the Syrian army had cut off all supply routes into the eastern part of the city of Aleppo — Syria's most important opposition stronghold — and President Bashar al-Assad's government asked residents to leave the city.”

It pre-empted a US demand that Russia and Syria reopen a major road into the northern city before talks could begin on creating a joint intelligence center to coordinate air attacks against Daesh.

© REUTERS / Hosam Katan/File photo
Russia, Syria Launch Mass Humanitarian Operation in Aleppo
The second setback is the announcement by al-Nusra Front, an al-Qaeda affiliate in Syria, that is it is breaking its ties with al-Qaeda and is changing its name to Jabhat Fatah al Sham.

Even those US officials who suggest that it is "a change in name only” still consider it a blow because “the move complicates the American proposal to limit the Russians and Syrians to targeting only [al]-Nusra and IS (Daesh), not other rebel groups supported by Washington and its allies in the coalition against Islamic State (Daesh).”

“By disavowing its ties to al-Qaeda — which, incidentally, it did with al-Qaeda's blessing – [al]-Nusra has made it harder to isolate it from more moderate groups, some of whose members may join it now because it's more powerful than some of the groups they belong to now," said the official.

© Flickr / coolloud
Islamists Easily Betray Each Other Under Syrian Army Pressure in Aleppo
The West was clearly taken aback by the news about Russia-Syria humanitarian mission in Aleppo.

US Secretary of State John Kerry's demand for ending the siege of Aleppo would have come as a platform for starting negotiations on the larger issues, the officials say.

In the current situation, they say, such a proposal if not “completely dead,” then “seems to be pretty badly wounded,” they finally state.