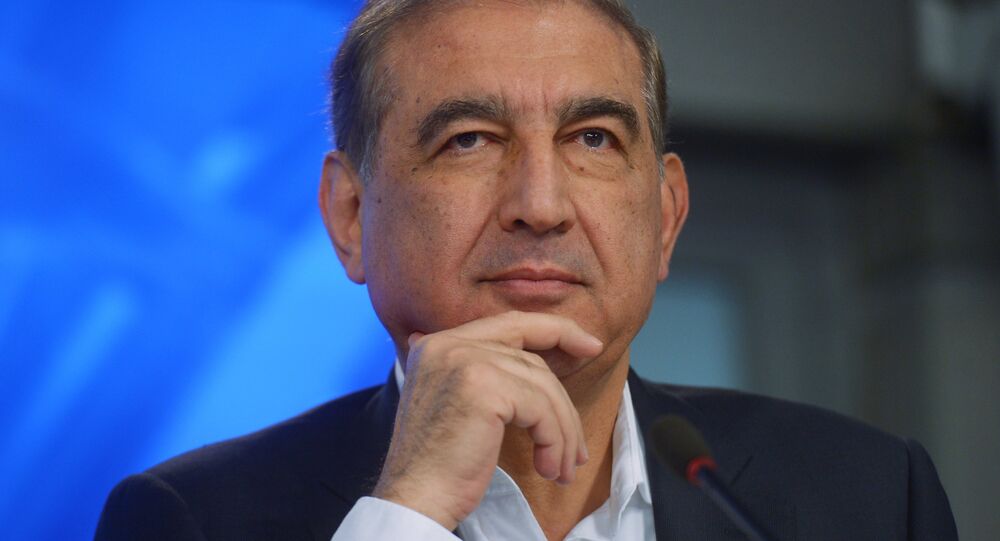 Ankara's principal task is to save the geopolitical unity of a country after an attempt at a military coup, Qadri Jamil, one of the leaders of the Syrian Popular Front for Change and Liberation, said Monday.

© AP Photo / Emrah Gurel
Death Penalty in Turkey Not to Be Restored Despite Erdogan's Plan - Azerbaijani Party
MOSCOW (Sputnik) — He added that this failed attempt at a military coup should raise concern not only of Turkey's neighboring countries, but also with Russia.

"The main aim [of Turkey after the failed coup] is to retain the geopolitical unity. This deep crisis is very dangerous as it may break Turkey apart as we knew it… And I'm not talking about Turks and Kurds, but Turks and Turks," Jamil said during a press conference in Moscow.

All consequences of a failed military coup in Turkey will positively influence Syria, as it will undermine Ankara's influence on internal affairs of Damascus, Qadri Jami added.

"Whatever happens in Turkey will have a positive role, a positive influence on Syria, because Turkey's possibilities to act a role in Syrian affairs will be weakened," Jamil said during the press conference.

Late on Friday, Turkish authorities said that an attempted coup took place in the country. The coup attempt was suppressed by early Saturday, with Turkish Prime Minister Binali Yildirim stating that all coup supporters were identified and would be apprehended as the country was returning to normal life.

Over 290 people were killed and hundreds were injured during the events, while nearly 6,000 people have already been detained.