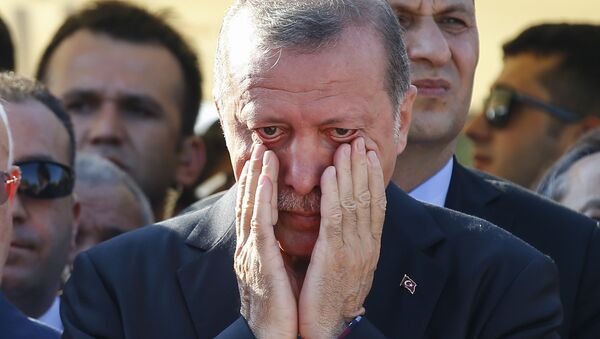 MOSCOW (Sputnik) — Early on Saturday, the Turkish authorities suppressed a military coup. On Sunday, Erdogan told crowds of supporters gathered outside his residence in Istanbul that parliament must consider the public demand for the death penalty to be applied in the case of the coup plotters.

"[Erdogan] said that all the signals coming from society must be considered. I think this is a tactical response. I am absolutely sure that the death penalty in Turkey will not be restored," Isa Gambar, who was acting president of Azerbaijan in the 1990s, said.

Turkey in No Rush to Reintroduce Death Penalty After Coup Attempt - PM
The death penalty was abolished in Turkey in 2004.

Following the unsuccessful coup, the Turkish Interior Ministry sacked close to 9,000 personnel across the country, including members of the armed forces, from foot soldiers to commanders, as well as governors, military advisers, prosecutors and judges.

On Monday, at a joint news conference, EU foreign policy chief Federica Mogherini and US Secretary of State John Kerry called on Turkey to respect democracy and human rights in its response to the failed coup.

Almost 300 people were killed and more than 1,400 wounded during the coup d'etat which saw warplanes fire on key government installations and tanks rolling into Ankara and Istanbul.