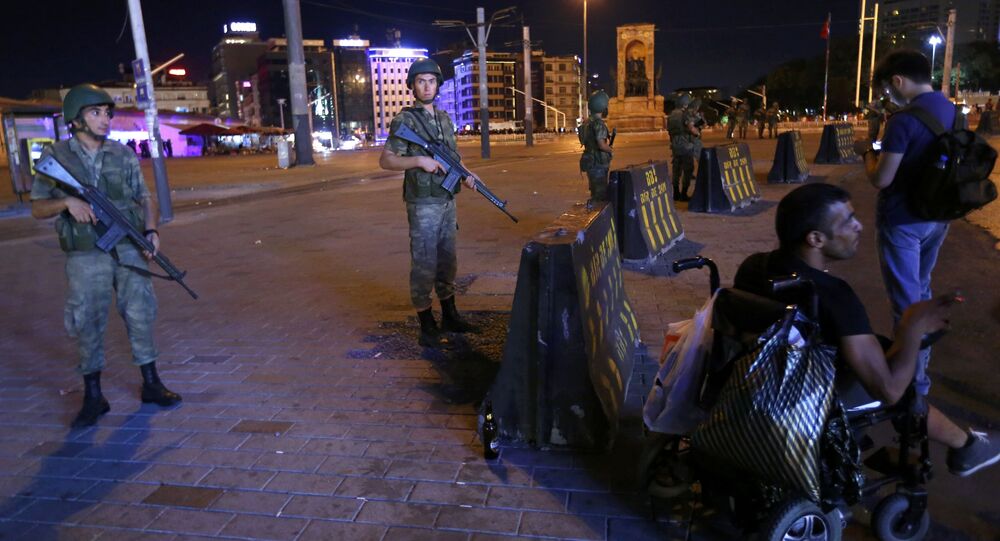 The main building of Turkish state television TRT is under fire from helicopters.

Choppers have also attacked the headquarters of the TURKSAT satellite station.

Heavy gunfire has also been reported at the Turkish Presidential Palace.

A RIA Novosti correspondent confirmed three powerful explosions hit the capital of Ankara. The third blast was heard in Golbasi district where a defense ministry facility is located, according to Hurriyet.

Earlier in the day, in an apparent coup attempt, the Turkish military claimed it had seized power from the government of President Recep Tayyip Erdogan.

The government maintains it is still in control.

There is very little evidence of what is happening the country since social media services Facebook, Twitter, and YouTube were shut down inside Turkey earlier in the day.

WATCH: People Take To The Streets As Military Coup Unfolds In Turkey

US Ready to Activate Protection Measures at Incirlik Base in Turkey