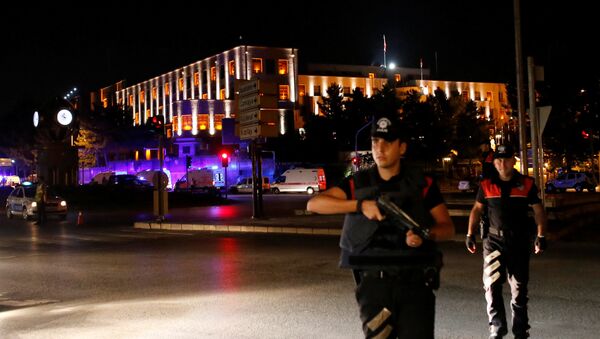 © REN TV Tumay Berkin
Subscribe
The Turkish military claims it has taken over the government and seized all power in the country.

In a statement read on television, Turkish General Staff announced that "Turkish Armed Forces took full control of power." Earlier in the day, military vehicles, soldiers, and security forces were deployed on the streets of Istanbul and the capital of Ankara. Military jets and helicopters were seen flying over both major cities. Gunfire has been reported in the capital of Ankara. Bridges leading over the Bosphorus out of Istanbul have also been closed. A blast has been heard in Ankara.

According to Turkish TRT, the country is now run by a "peace council" that will ensure the population's safety and that a curfew has been put in effect across the country. State TV claims that a new constitution will be drafted soon. The military says it has imposed martial law and that these steps have been taken to restore constitutional order in the country, including civil freedoms and human rights.

Reports indicate that the army has taken control of airports and other strategic locations in Istanbul.

The General Staff accused the government of violating the principles of a secular state. 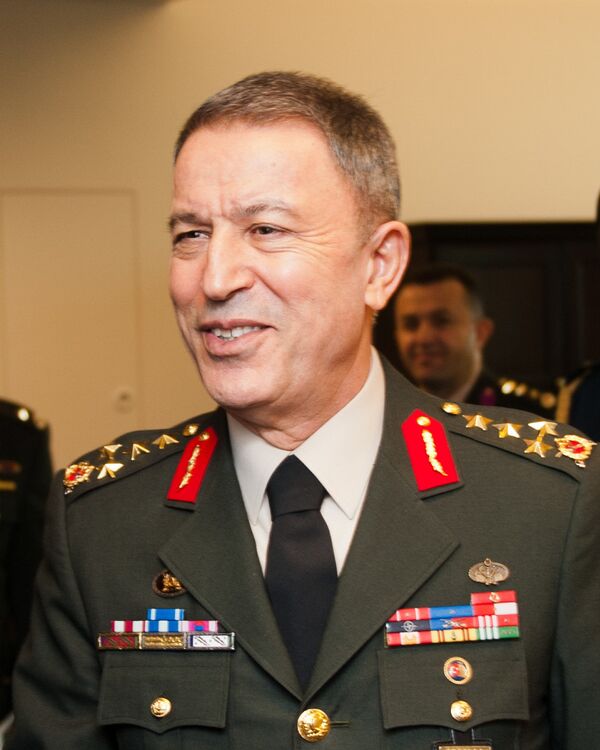 The Turkish military is currently led by General Hulusi Akar, however Turkish Anadolu news agency reports that he has been taken hostage by the military.

According to Justice Minister Bozdag, the government prosecutor's office in Ankara and Istanbul has opened an investigation into the actions of the rebels.

"I consider it necessary to reassure our citizens that the government has taken and continues to undertake all necessary steps," he said.

Prime Minister Binali Yildirim went on national television to stress that some elements in the military attempted to overthrow the government, but "the government elected by the people remains in charge.This government will only go when the people say so."

"Some people illegally undertook an illegal action outside of the chain of command," Prime Minister Yildirim added.

It is unclear who is currently controlling the situation in the country. President Recep Tayyip Erdogan was reportedly on holiday in the Turkish city of Bodrum. His residence in Istanbul is under heavy guard, with the street blocked off on both sides.

"Whoever were those who went against the will of our people and decided on a coup attempt, they receive an adequate response to their actions in accordance with our laws, the constitution I encourage all the people to leave the square. Rebels pay dearly for their actions," Erdogan said in a Facetime live stream.

"This is a mutiny attempt. We will not let this attempt win. We will uphold democracy," he said on Turkish NTV.

NBC News reports that Erdogan has sought asylum in Germany.

A number of ambulances are en route to the Army General Headquarters building in Ankara.

Tanks have been spotted at Ataturk airport in Istanbul. All flights leaving the airport have been cancelled. A number of flights bound for Turkey have been diverted.

According to a spokesman, the US Air Force is prepared to take force protection measures at the Incirlik air base.