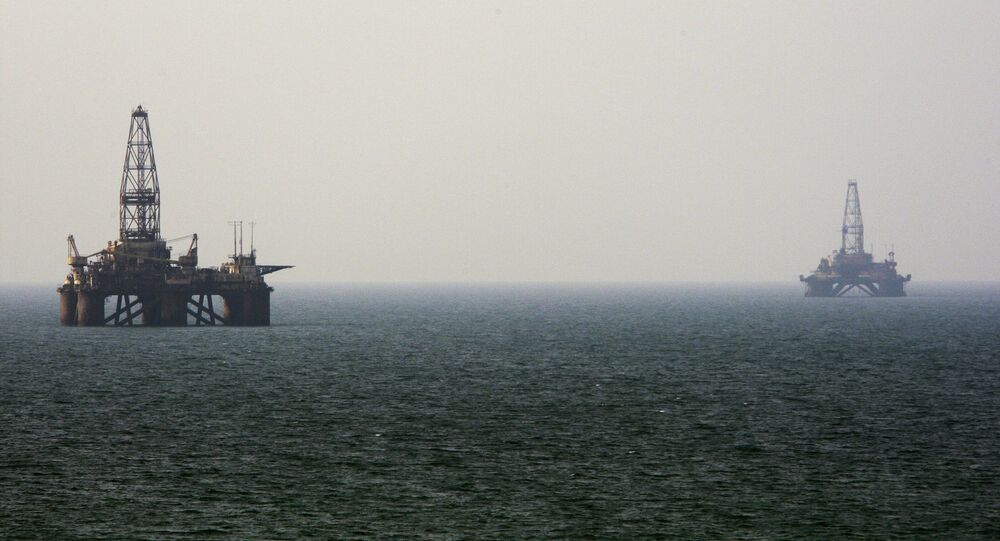 Caspian Colleagues: Why Russia & Iran Have Common Interests in the Region

The Russian Foreign Ministry has indicated that it is confident that the Convention on the Legal Status of the Caspian Sea can be signed by 2017. Speaking to Sputnik, Iranian political analyst Ahmad Rashidinejad suggested that Moscow and Tehran can easily reach agreement on issues in the Caspian by keeping their cooperation in other areas in mind.

On Wednesday, speaking in Astana, Kazakhstan, Russian Foreign Minister Sergei Lavrov told reporters that the agreement on the Caspian Sea's status may be signed in the first half of next year. Lavrov made the remarks following his meeting with the foreign ministers of the five nations bordering the Caspian, including Russia, Azerbaijan, Iran, Turkmenistan and Kazakhstan.

"We have worked very well, and advanced in several areas," the foreign minister said. "A few issues are left, and for these, it is simply necessary to find the right formulation of the principles agreed by the presidents," he added.

© Flickr / Ken & Nyetta
Next Caspian States Summit to Be Held in Astana in 2017
Lavrov also noted that the Russian, Kazakh and Azerbaijani sides had already come to an agreement. "We think that it is absolutely realistic to plan on signing the convention in 2017," he emphasized.

The issue of the definition of the Caspian's status emerged after the collapse of the Soviet Union, when the creation of new subjects of international law, (Russia, Azerbaijan, Kazakhstan and Turkmenistan), raised questions about the demarcation of the body of water.

Still, outstanding issues remain. Commenting on Wednesday's meeting, Iranian Deputy Foreign Minister Ibrahim Rahimpour noted that about half a dozen issues remain which must be addressed through further negotiations.

Speaking to Sputnik Persian, Ahmad Rashidinejad, an expert on geopolitical issues at the University of Khorramabad, suggested that an agreement was entirely feasible, and requires only that the countries keep mindful of their other common interests, in the region and outside of it.

"I think that right now, talk of concessions is not quite appropriate, because the issues that are being touched upon have geopolitical and geographical aspects," the expert noted. "The important thing is to keep in mind that the people of all the countries bordering the Caspian are extremely sensitive to such issues."

"Therefore," Rashidinejad suggested, "to say that the solution to the legal status of the Caspian must be built on the basis of mutual concessions is not quite accurate." Instead, what the heads of the Caspian Five must work on is "how to bring their positions as close together as possible, to have common interests and address common threats, to address security issues."

© AP Photo / Ebrahim Noroozi
Why Iran Plays a Key Role in China's New Silk Road Project
"For example, if we are talking about relations between Russia and Iran, we must consider the common interests of Russia and Iran. For Russia, the issue of a potential conflict with the West is an acute one. We see how at every step, NATO is getting closer and closer to Russia's borders."

In turn, the analyst suggested, "Iran, as Russia's southern neighbor in the Caspian Sea, and a regional power in its own right, can be seen by Moscow as a kind of 'security shield'" on its southern border.

And Iran and Russia have other common interests as well, according to Rashidinejad, including support for the policy of non-intervention by foreign powers in the region. "The US, European countries, Turkey and Israel, by contrast, are trying to interfere in the internal policy of some countries in the Caspian."

Naturally, Russia and Iran also have a common interest in fighting terrorism, the expert recalled. "This is evidenced by our countries' close cooperation in the fight against terrorism in Syria."

Ultimately, Rashidinejad suggested, "the interests of Iran and Russia on resolving the legal status of the Caspian Sea coincide, since the countries face common threats and challenges in the region. Therefore, they come together here as allies, not as rivals."

Next Caspian States Summit to Be Held in Astana in 2017