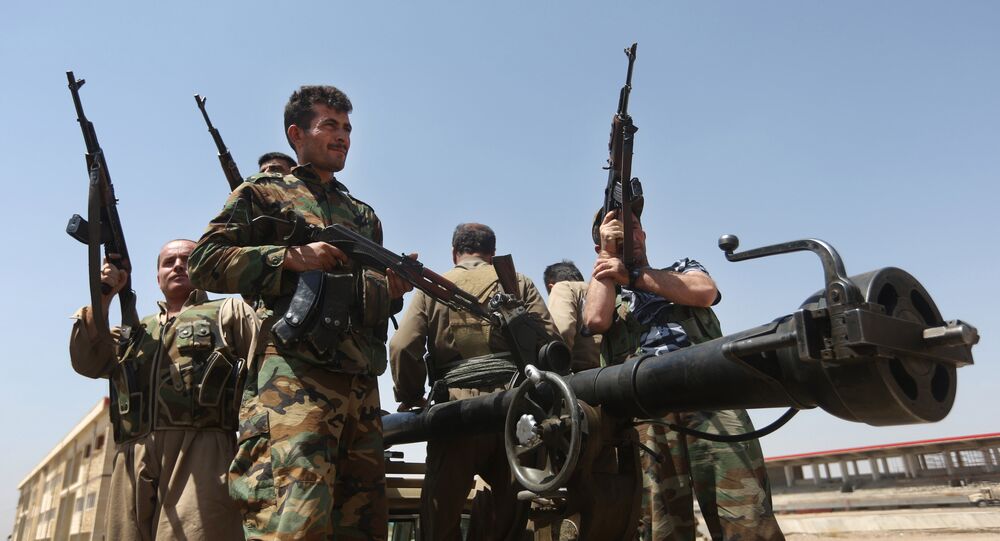 In an effort to push Daesh extremists out of Mosul, the United States will funnel millions of dollars to Kurdish fighters.

The city of Mosul in northern Iraq has served as a stronghold for Daesh, also known as IS/Islamic State, since the summer of 2014. In an effort to liberate the city, the Pentagon is preparing an offensive that will involve 217 US Special Operations troops, AH-64 Apache attack helicopters, and M142 High Mobility Artillery Rocket Systems fighting alongside the Iraqi military.

"These are capabilities that will continue the process of accelerating the defeat of ISIL," US Defense Secretary Ashton Carter said in an interview with NBC News on Monday. "We are going to accelerate this campaign every time we find an opportunity to do so."

But the Pentagon also plans to convince local Kurdish Peshmerga fighters to join the fight, and it’s set aside $415 million for that effort.

"In response to a request from the Kurdistan Regional Government for economic assistance, the Department of Defense will provide these funds on a monthly basis to support selected Peshmerga units," Pentagon spokesman Matthew Allen told Kurdish news agency Rudaw.

"These forces have been among the most effective in the fight against ISIL and will be critical in the retaking of Mosul," the spokesman added.

© AP Photo
US Sending More Weapons, Advisers to Iraq Without Change in Strategy

Secretary Carter stressed that the money will go toward supporting "selected Peshmerga units."

Kurdish groups have welcomed the decision. Kurdistan Region Security Council Chancellor Masrour Barzani tweeted his support on Monday, saying "This war is a shared responsibility, and I hope other members of the global coalition will consider increasing their aid to Kurdistan.

"I welcome the announcement by Secretary Ashton Carter to give financial aid to our Peshmerga and increase military engagement in war on ISIL."

The director of the Kurdish Regional Government’s intelligence agency, Lahur Talabani, tweeted, "We thank the US government for their commitment & support to our brave Peshmerga forces who have been fighting ISIS on the world’s behalf."

Critics argue that the plan will backfire, wasting millions in taxpayer dollars in the process.

"Though the Kurdistan Regional Government clearly has some interest in seeing ISIS expelled from the area around Mosul, their interests are likely more directly on defending their own territorial gains they’ve made during the war, including the oil-rich city of Kirkuk," Jason Ditz writes for AntiWar.com.

"Instead of leaving the Peshmerga to its own, already subsidized devices, the Pentagon seems to have decided that overt bribery is in order, to make sure the Peshmerga’s involvement in the fight is centered on offensives where the US wants them."

The Pentagon’s support of Iraqi Kurds is also surprising, given the former’s refusal to acknowledge the role played by Kurdish fighters in Syria. Despite being the most effective forces on the ground, Washington has refused to allow Kurdish groups to participate in the Syrian peace talks. This was done largely at the request of the Turkish government, which fears the creation of an autonomous Kurdish region along its borders.