The US needs a major victory in Syria to call their own, Fehim Tastekin, a well-known Turkish Syria expert, told Sputnik. Washington, he added, is going to try using the Kurds to get it.

Speaking to Sputnik Turkey about the situation in the region, the journalist suggested that it's difficult to describe Syria as a country where a ceasefire in place.

"The region faces a certain confrontation which continues to escape our attention. Groups of militants, enjoying the support of Turkey and receiving training and equipment from the CIA, have carried out a number of large attacks in districts of Aleppo province home to the Kurdish population. First and foremost, we are talking about areas controlled by the Kurdish YPG self-defense units." 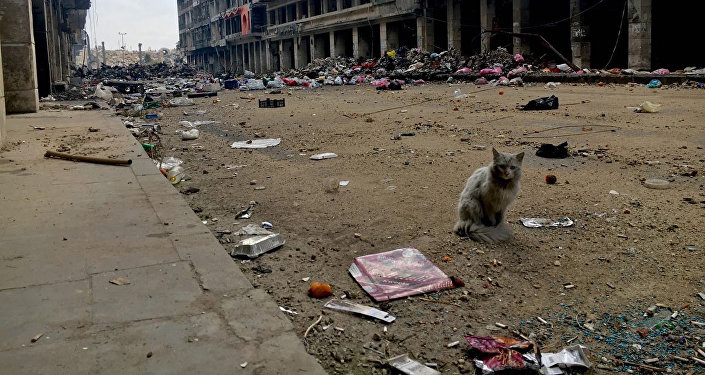 © Sputnik / Michael Alaeddin
Islamist Terrorists Use Chlorine in Attack on Syria's Aleppo
"In response, the YPG, together with the Syrian Democratic Forces, have conducted a number of operations against Daesh, and against groups allied to Turkey, entering into a series of battles along their lines of defense."

"Meanwhile," Tastekin added, "operations carried out by Syrian government forces with Russia's support have not stopped either." In the period following the ceasefire, "they liberated Palmyra, plus a series of other settlements, from Daesh."

The balance of forces within the US-Kurdish-Turkish triangle is particularly important, the journalist said. The existence of a Turkish 'red line' against the Kurds especially is an element complicating the process of liberating regions still under Daesh's control.

"America, for some period of time, had slowed its activity on the Syrian track in order to soothe and reassure Turkey. But now the situation has changed: Following the Syrian army's triumph at Palmyra, with Russian support, the Americans have been gripped by a desire to win at least one large-scale victory [in Syria]. They need to do so in order to maintain control over the balance of forces and to stay in the game."

© AFP 2019 / Delil souleiman
Syrian Democratic Forces Prepare to Blitz Daesh in Key Strategic Town
"This, in practice, can only be done by kicking Daesh out of the important strategic areas the jihadists now control. And the US has chosen Manbij," a city in northern Aleppo province about 35 km from the Turkish border, for the task.

At the moment, Tastekin said, the US is looking to avoid providing details on the YPG's campaign, and simultaneously building up the ranks of the Syrian Democratic Forces, using Arabs, Assyrians and Turkmen.

"This," the journalist noted, "is the best strategy that the US can choose in order to temper any Turkish zeal, and to push the front line away from Turkish-Kurdish areas."

Asked to comment on US Ambassador to Turkey John Bass's recent public statement that the Kurdish PKK militants fighting Kurdish forces in southern Turkey should lay down their arms, the journalist noted that this too was connected to Washington's strategy of balancing between Ankara and the Syrian Kurds.

"First off, it is an attempt to appease Turkey, whose actions are increasingly becoming cause for concern in the region. Secondly, the US can see that the Syrian Kurds are not 'committed to them one hundred percent'. The latter want to cooperate with both the US and Russia. Washington, in turn, resorts to various maneuvers to avoid the Kurds becoming closely aligned with Russia. At the same time, the US doesn't have much of a choice."

Ultimately, Tastekin suggested, it's up for debate whether the US can strengthen its position in Syria using the Kurds and their allies. It's enough to recall Washington's various previous efforts to strengthen their position in the region. "Take for instance the scheme involving the training and equipping of the so-called 'moderate' opposition." Now, the journalist said, hopefully "the Americans are gradually beginning to understand the futility of such efforts."