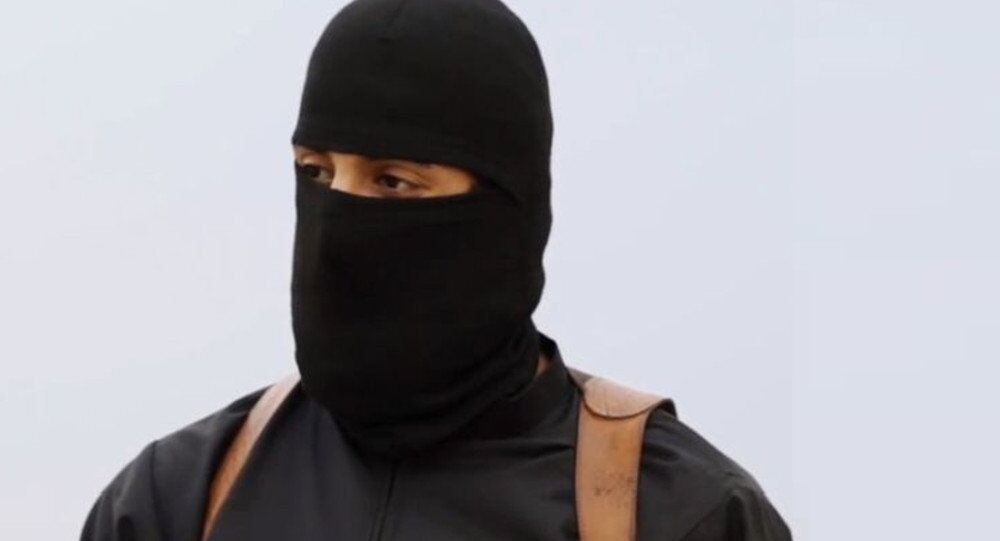 Released through one of the group’s websites, Daesh, also known as IS/Islamic State, has posted photos of Jihadi John unmasked.

Mohammed Emwazi, better known as Jihadi John, was a British citizen who featured in a series of Daesh propaganda videos documenting the executions of Westerners. In August of 2014, footage was posted of Emwazi beheading American journalist James Foley.

In the notorious videos, Emwazi’s face was hidden by a black ski mask. Now, new photos published by the terrorist organization on Tuesday show him posing with an AK-47 amid a fleet of armored vehicles.

It is unclear where or when the photos were taken. One of the vehicles appears to bear the emblem of Iraq, but the photos were first picked up by English-language media outlets after being tweeted by Syrian activists operating in Raqqa, the terrorist group’s self-proclaimed capital in Syria.

US officials stated last November that they believed Jihadi John had been killed during a coalition airstrike. Daesh confirmed the extremist’s death last week, posting a “tribute” to Emwazi online.

A computer science graduate who lived in West London before traveling to Syria in 2013, Emwazi had been under close surveillance by Britain’s MI5. After joining Daesh, he began using the name Abu Muharib al-Muhajir.