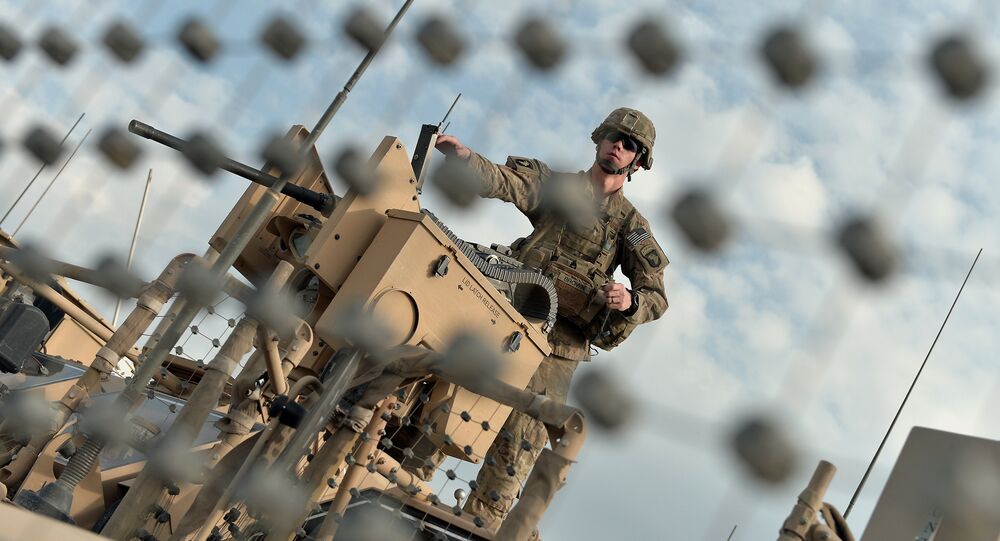 More Boots on the Ground? Pentagon on the 'Escalation Path' in Iraq, Syria

The Pentagon ostensibly wants to put more effort into its anti-Daesh campaign, but if this requires sending additional boots on the ground, the US could be dragged into another protracted war that could last for years, Ivan Eland, US senior defense analyst from the Independent Institute, told RT.

"I think we're on the escalation path back into Iraq and now Syria," he noted, referring to a recent comment made by US defense chief Ashton Carter.

© AFP 2020 / FILES DAVID FURST
Meet the Storied US Brigade That Will Put Boots on Ground in Syria, Iraq
Carter promised to "do more because we need to defeat ISIL." The US defense secretary also said that "there will be boots on the ground," but did not specify whether he was talking about conventional US troops, special forces or allied militaries.

"Unfortunately that's how countries get bogged down in places. They put in a few troops, get their prestige on the line, and if that doesn't work in solving the problem, people ask: Well, what's next? Of course, there's always more troops, and I think this is just another step in a series of escalations," Eland observed.

The defense analyst maintains that one of the major reasons for sending additional forces to the Middle East is linked to the upcoming Syrian peace process.

The US is "trying to get the Syrian peace talks going and I think they want to have more skin in the game, so to speak," Eland noted. "The other thing is that they've had some battlefield success in taking back Ramadi [from Daesh], and I think they would like to capitalize on that."

© AP Photo /
Fighters of the al-Qaida-inspired Islamic State of Iraq and the Levant (ISIL) parade in a commandeered Iraqi security forces armored vehicle down a main road at the northern city of Mosul, Iraq. (File)

The Iraqi security forces (and US special operations forces sent to advise them) are gradually preparing for a major offensive on Mosul, the second largest city in the country that has served as the Daesh stronghold since June 2014. But taking Mosul back and keeping other cities under Baghdad's control could prove to be a daunting task.

"I think this is going to take years because [Daesh] guerrillas are going to move to ground and go back into the cities and fight guerrilla warfare, so it's going to be a long slog and I'm afraid there are no local ground forces so you'll probably see more American boots on the ground before long," Eland observed.