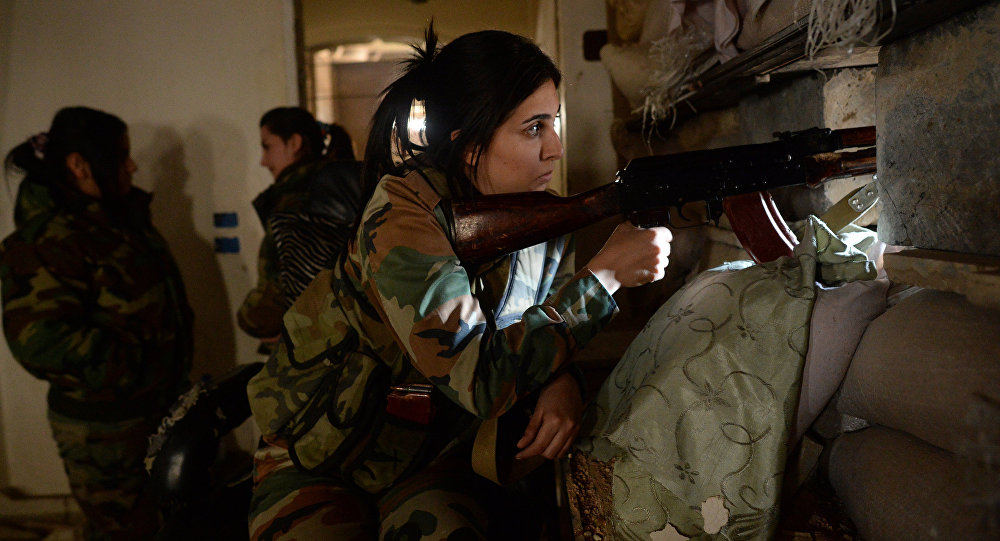 Syrian forces have repelled a massive offensive by Daesh militants in the area north of the capital Damascus, Iran’s Fars news agency reported on Friday.

"Earlier this morning, the ISIL launched an assault on the Syrian army's checkpoints along the Qalamoun-Sadad Road; however, these attacks were eventually repelled by the Syrian soldiers and the National Defense Forces," the army said in a statement.

Should the Daesh forces take control of the Qalamoun-Sadad Road, the terrorist group would be in position to strike Damascus too, the statement added.

On Thursday, 150 terrorists laid down their arms and surrendered to the Syrian Army as government forces continued their offensive in the eastern and western parts of Damascus province.

"150 wanted militants in al-Qadam area in Damascus gave up fighting and surrendered to the army," a Syrian official said.

The Syrian Army also attacked the terrorists’ positions in al-Merj region and al-Bilaliyeh in Eastern Ghouta, leaving many militants killed and wounded and destroying much of their military hardware.