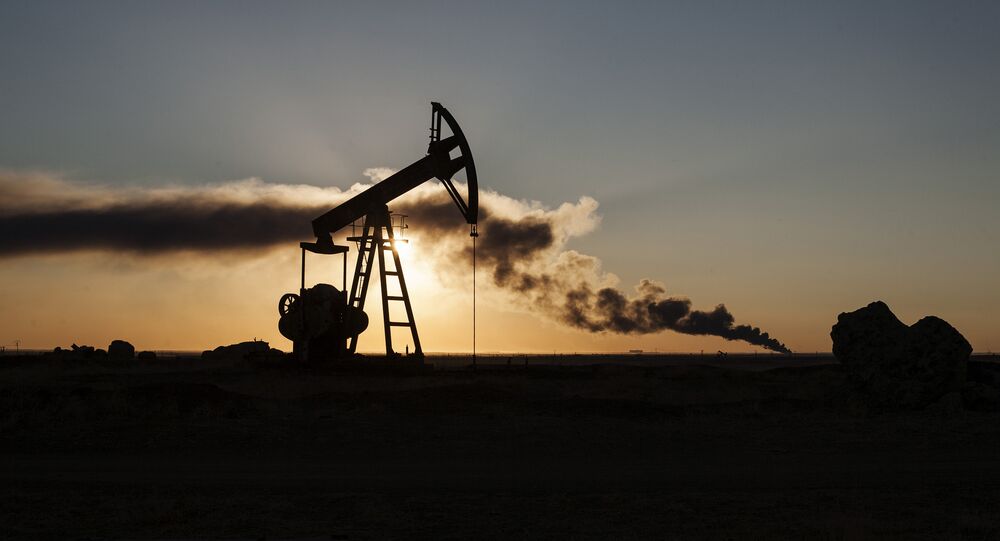 Russia has welcomed the decision by the US-led coalition to bomb oil-related assets of the Islamic State (IS, or Daesh in Arabic) terrorist group, Russian Foreign Minister Sergei Lavrov said Friday.

ROME (Sputnik) — In the past month, the US air force has stepped up its attacks on IS positions, which is outlawed in the United States and Russia. US airstrikes have targeted tanker trucks used to smuggle oil from IS-controlled oilfields in Syria and Iraq.

Russia is pleased to note that in the past couple of months – around the time it launched a military operation in Syria – the US coalition has intensified airstrikes against IS, Lavrov said in Rome, adding that recent US airstrikes have specifically targeted IS industrial base.

© AFP 2021 / STR
White House Sends Ankara Two Warning Shots Over Daesh Oil Smuggling
Speaking after a meeting with his Italian counterpart, Paolo Gentiloni, Lavrov said that Moscow regarded the US-led coalition of some 60 states as a potentially effective partner in the fight against Islamist militants.

He noted that Moscow would prefer the US campaign in Syria to be based on UN Security Council resolutions and international laws, which require permission from the Syrian government. Russia began its bombing campaign on IS positions in Syria in September, after receiving a request for assistance from Damascus.

Last week, the Russian Defense Ministry unveiled satellite images that showed an IS convoy transporting up to 200,000 barrels of crude. Russian President Vladimir Putin later said that Moscow knew who exactly was profiting from illegal oil sales, pointing the finger at buyers in neighboring Turkey.