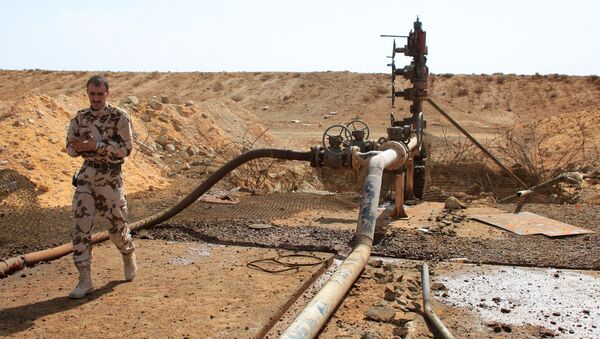 World
Counter Exposure: US Shifts Blame for Oil Smuggling From Turkey to Assad
Two senior US officials have conceded to Turkey's role in the Daesh oil trade, having previously supported Ankara's denials that it enables the terrorist group to profit by selling stolen Syrian oil.

On Wednesday US State Department spokesman John Kirby admitted that Turkey was allowing Daesh to transport contraband oil across its border, and said the US government wanted Turkey to close its border with Syria.

Kirby referred to a "98-kilometer stretch" of the Turkish-Syrian border, "which still needs to be closed off because it provides avenues of sustenance for ISIL," allowing oil, fighters and other supplies to pass between the two countries.

However, quick to deflect attention from Ankara's links with Daesh, Kirby added that "it’s not just about oil. It’s about all the ways that ISIL can sustain itself inside Syria."

Russia
Lavrov: Turkey Has Long Supported Daesh Oil Trade, Terrorists' Efforts
On Thursday US Treasury official Adam Szubin admitted that Daesh oil is smuggled into Turkey, along with the illogical conclusion that "ISIL is selling a great deal of oil to the Assad regime," and claimed that despite being enemies, the two are "still engaged in millions and millions of dollars of trade."

Szubin alleged that more oil is sold to the Syrian government that to Turkey.

"Some is coming across the border into Turkey," admitted Szubin. The official said that each month, the terrorists make as much as $40 million selling oil, and have earned more than $500 million from the oil trade so far.

The official was unable, however, to come up with any evidence to back up his claim that Assad's government is buying oil from Daesh.

The claim was first put forward by Turkish President Recep Tayyip Erdogan last month, in order to deflect attention from the evidence Russia had produced to prove that the Turkish government is buying oil from Daesh.