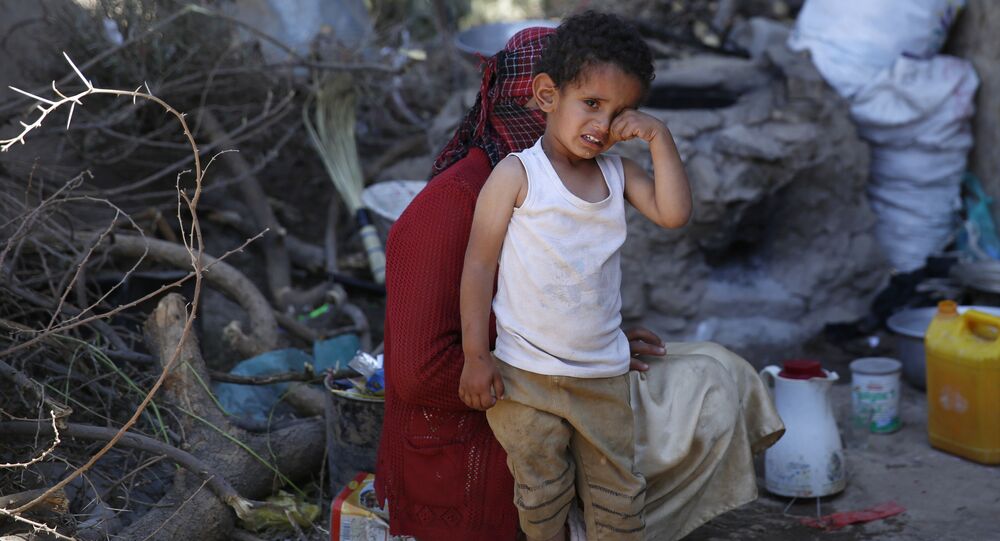 The US is accused of being complicit in 300 illegal civilian deaths carried out by the Saudi-led coalition in Yemen, with a new report finding the US' logistical support for the campaign, along with the sale of UK and French weapons to Saudi Arabia as factors contributing to civilian suffering.

The report from NGO Human Rights Watch (HRW) said the US is "obligated to investigate attacks in which it played a role," claiming that many air raids carried out by the Saudi-led coalition may have violated international laws.

HRW examined 10 legally contentious airstrikes that killed at least 309 civilians and injured a further 414 between April and August of 2015.

The Saudi-led coalition — which also includes Bahrain, Kuwait, Qatar, the United Arab Emirates (UAE), Egypt, Jordan, Morocco, and Sudan — began its bombing campaign against Houthi rebel groups in March this year. US officials have been assisting the Saudis with airstrike planning and coordination.

2,600 civilians have been killed, with the UN judging that the coalition to be responsible for the majority of deaths.

Despite the high numbers of civilian deaths and alleged illegal airstrikes, HWR officials noted that it was unaware of any investigations carried out by Saudi Arabia, other coalition members, or the US that could provide closure for the families of those killed. Joe Stork, HRW's deputy Middle East director said:

"The coalition's unwillingness to conduct even a single investigation of numerous potentially unlawful airstrikes is appalling. While the coalition may have sophisticated weaponry and US support, its commitment to the laws of war is rudimentary at best."

During field research, HRW researchers spoke to a number of locals who reported that many airstrikes hit homes, markets, a factory and even a civilian prison despite there being "no evident military target" in close proximity.

"When I got to the house, there was still dust in the air, and everything was covered in a layer of black ash," said Muhammad Saleh al-Qihwi, whose house was destroyed in an April 2015 airstrike on the town of Amran.

He arrived on the scene to find his sister-in-law Asma with a cracked head and other injuries.

"Asma's head was open, and her leg was bleeding. Her 2-year-old daughter, Hyam, was lying on her shoulder, her head was smashed open. Her other daughter, Hasna, who's 7, was shouting 'Baba' [father]. Her hair and skin were covered in ash, and she was burned badly. Her father, my brother Muhammad, had been asleep when the strike happened, and the roof landed on top of him. When I dug him out, there was a thin trickle of blood dripping from his ear. He was already dead."

US, UK, France Complicit in Atrocities

The latest report is one of many to accuse the Saudi-led operation of potentially committing war crimes in the Yemen campaign. HRW concluded:

"US participation in specific military operations, such as aerial refueling during bombing raids, may make US forces jointly responsible for laws-of-war violations by coalition forces. As a party to the conflict, the US is obligated to investigate allegedly unlawful attacks in which it took part."

There is also widespread criticism of the UK and France, who have supported the coalition through the sale of arms to Saudi Arabia.

Will #France push for investigation on #unlawful strikes in #Yemen? As a support of #Saudi led coalition, it has to! https://t.co/z3ZXJByuGM

While UK officials have claimed to have sought "assurances" from Saudi officials that their weapons were being used in the correct manner, it was revealed earlier this week that a British-made cruise missile destroyed a civilian ceramics factory in September, killing one person.

This has led to calls for the UK to halt its sale of weapons to the Gulf kingdom from Amnesty UK director Kate Allen.

"The UK is now bound by the Arms Trade Treaty, therefore what is now needed is an immediate stop on UK arms transfers to the Saudi-led coalition that risk being used in the Yemen conflict, a comprehensive investigation into current UK arms transfers and guarantees that we won't be selling further weapons which contribute to violations of international law.

"It's completely unacceptable to wait for civilian casualties to pile up before acknowledging the risk, that's simply not how arms controls are meant to work."