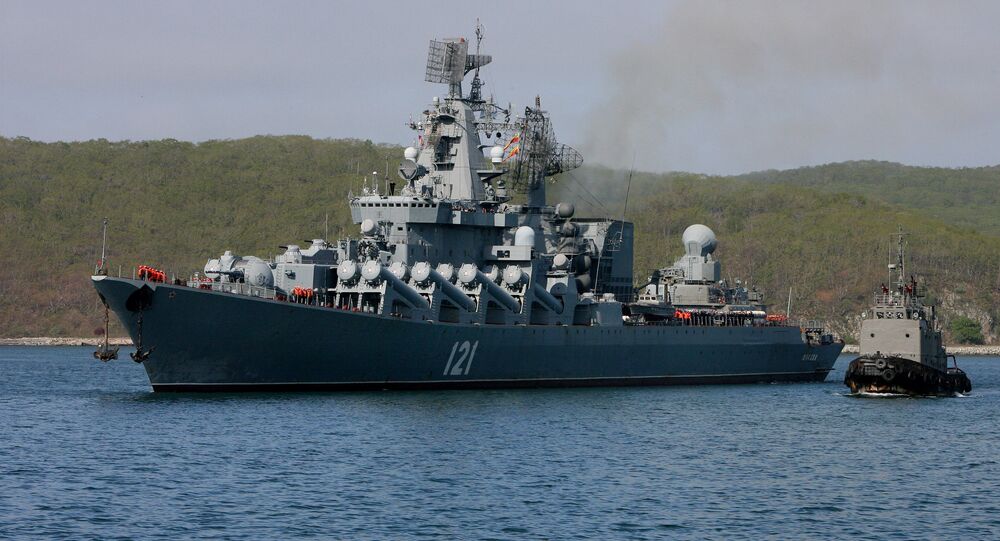 Moscow will deploy a warship off the Syrian coast near Latakia to strengthen the defense of its air base there, the General Staff of the Russian Armed Forces announced on Tuesday after Turkish warplanes shot down a Russian strike aircraft.

Russian fighter jets will now accompany all of Moscow's missions against Islamic State targets in Syria, the General Staff said. Prior to Tuesday's attack, Russian bombers were conducting their missions without air cover.

© Sputnik / Dmitriy Vinogradov
Russian Bomber Jet Posed No Threat to Turkey, So Why Shoot it Down?

Later Tuesday, a Russian Mi-8 helicopter conducting a search-and-rescue mission for the other pilot was damaged by a rebel missile in Syria. One naval infantry soldier reportedly was killed in that attack.

The surviving crew reportedly was evacuated to the Russian base at Hmeymim, Syria.

Lieutenant General Sergei Rudskoi, a spokesman for the General Staff, released a statement, saying in part:

"The General Staff is currently working out additional measures to ensure the security of the Russian air base. First: all actions of strike aircraft will be carried out only under cover of fighter planes. Second: measures will be taken to strengthen defense.  To this end, the cruiser Moskva, equipped with Fort air defense system, similar to S-300, will assume position in the coastal region of Latakia. We caution that any targets, representing a potential danger for us, will be destroyed. Third: Contacts with Turkey on military lines will be discontinued."

Russia took the neglected Hmeymim Air Base in Latakia – just 30 miles from the Turkish border – and transformed it into the strategic center of Moscow's military operation against the Islamic State. The base houses hundreds of military personnel and has bays for more than 50 aircraft.