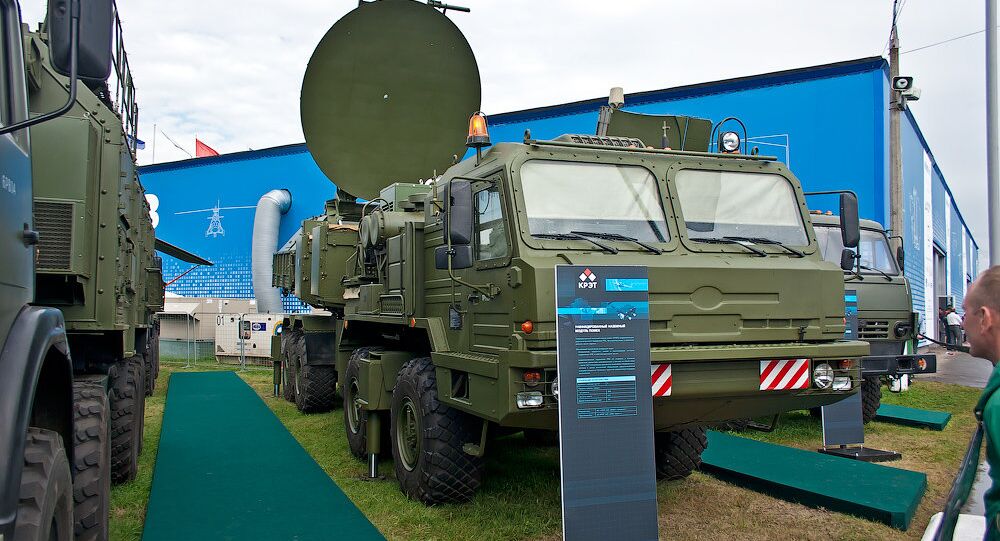 Russia will have to resort to electronic warfare in Syria to protect its pilots and prevent incidents similar to the downing of Russia’s Su-24 jet on Tuesday, according to Lieutenant-General Evgeny Buzhinsky; they will include both ground-based systems and equipment installed on special aircraft.

© Photo : ROSTEC
Jamming the Jihad: Russian Electronic Warfare Systems Spotted in Syria
“Regarding the possible impact of this incident on the further developments of the operation in Syria, I think that from now on, our pilots will be more attentive and if the Turks continue behaving in such a manner, Russia will have to resort to electronic jamming and other warfare equipment, including special aircraft with special equipment on board, in order to protect our pilots from being stricken with missiles,” said the lieutenant-general.

Buzhinsky also added that the so-called means of objective control, including flight radar and other equipment, will allow Russia to verify exactly where and how the bomber was downed, excluding any possible discrepancies on the issue.

© Sputnik / Dmitriy Vinogradov
Downed Russian Su-24 Jet Stayed Strictly Within Syrian Airspace
Earlier on Tuesday, Russian Su-24M Fencer bomber was downed by an air-to-air missile in Syria near the Turkish border by the Turkish Air Force while carrying out precision strikes against terrorists in northern Syria.