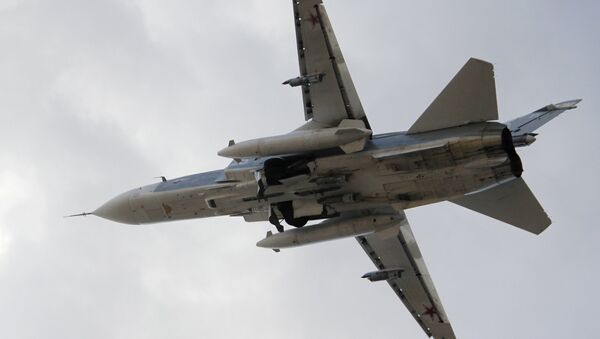 "Today, as most likely a result of a strike from the ground a Su-24 plane from the Russian aviation group in the Syrian Arab Republic crashed in the territory of Syria," the Defense Ministry stated.

According to the preliminary reports, the plane was gunned down from the ground.

#SYRIA During all flight time, aircraft was flying only within borders of Syrian territory. Objective monitoring data shows it

"The plane was located at an altitude of 6,000 meters [approximately 19,600 feet]. The fate of the pilots is being determined. According to the preliminary data, the pilots were able to eject. The circumstances of the plane's crash are under investigation. The Russian Ministry of Defense notes that during the flight the plane stayed strictly within Syrian airspace and the flight was logged," the statement read.