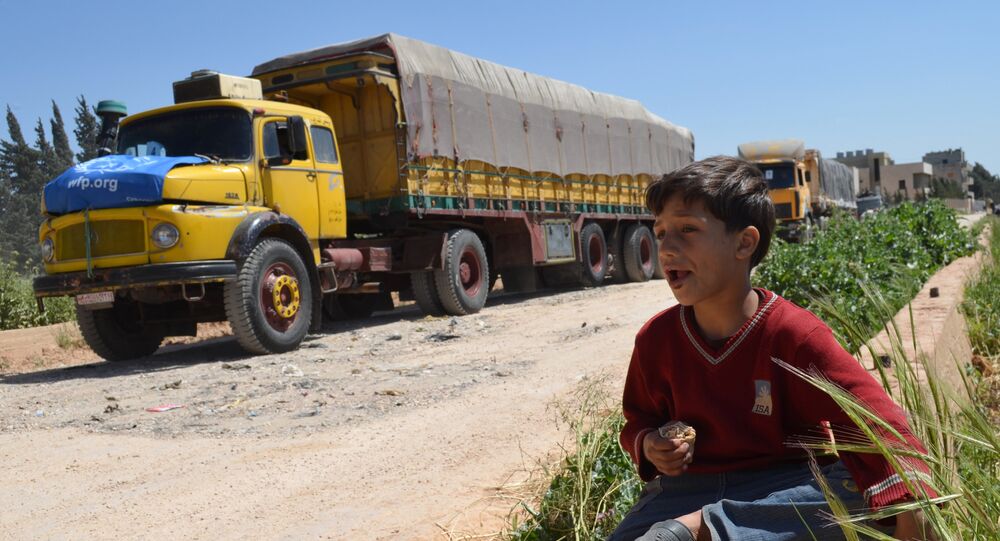 The United Nations are being blamed for causing widespread food poisoning for nearly 200 Syrians in besieged cities.

“Moldy and rotten” high-energy biscuits were distributed among residents of Madaya and Zabadani in Damascus suburbs on October 20, and this could be the only cause of mass food poisoning, the Syrian Network for Human Rights (SNHR) said in an online statement Friday.

A food aid convoy of some 24 freight vehicles under the auspices of the United Nations delivered the Italian-made biscuits, which expired in September. The aid was accompanied by a delegation from the International Committee of the Red Cross and the Syrian Red Crescent. The latter was determined to be responsible by the NGO for loading boxes of the expired product from a warehouse “after a lack in the quantity of the edible packages which was supposed to be sent in the relief-aid convoy.”

“On 20 October 2015, nearly 200 individuals were rushed to the hospitals,” a man identified only as Dr. Khaled, who treated some of the poisoned patients in Madaya’s makeshift hospital, told SNHR. ‘They presented symptoms of pain in the abdomen, fever, vomiting and diarrhea. We realized that all the poisoning cases were recorded on the day when the biscuits were distributed to the residents in Madaya; as we received almost 700 packages of the energy-biscuits from the humanitarian aid convoy.”

The report further added that the biscuits had been improperly stored.

SNHR appealed to the United Nations, which oversaw the delivery, to investigate the incident and hold accountable those responsible.

A UN official earlier indicated that 320 out of 650 boxes of the biscuits sent to Zabadani and Madaya had expired in September, but denied that they posed a threat to those who ate them.

“We can confirm that this was the result of an unfortunate human error during the loading process,” said a statement by Yacoub El Hillo, the UN Resident and Humanitarian Coordinator in Syria.

The statement further reads that UN workers and humanitarian partners are taking the issue very seriously and are working to rectify the situation.

US Provides Additional $6Mln in Humanitarian Aid for Syrian Palestinians