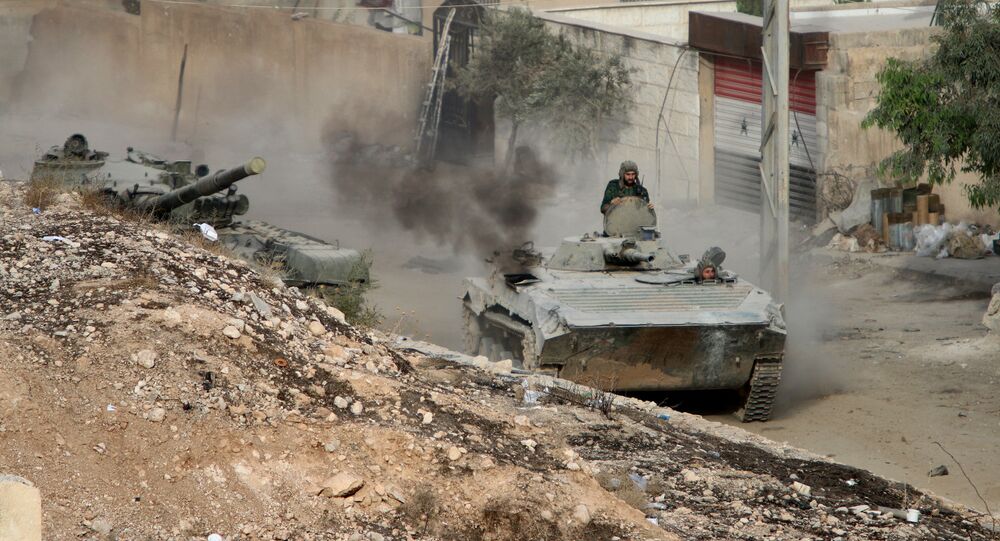 US officials acceded to Iran participating in Syrian peace talks because they are finally accepting the stark reality that Tehran is indispensable to ending the civil war in Syria, experts told Sputnik.

© AP Photo / Susan Walsh
'Fear,' Desperation Drives Obama’s Scramble to Save US Credibility in Syria
WASHINGTON (Sputnik) — On Tuesday, the US State Department confirmed that Iran had been asked to join discussions on a Syrian political settlement in Vienna on Friday, despite Tehran being considered a major backer of the Syrian government of President Bashar Assad.

This will be the first time that Iran will sit down at the negotiating table with the United States to work out a peaceful solution to the conflict in Syria.

"The United States is growing more aware of the influence Iran wields in the region," geopolitical analyst and StopImperialism.org editor Eric Draitser told Sputnik on Wednesday.

© AP Photo / Khalid Mohammed
Iran Pressures Iraq to Reject US Ground Forces - Former Pentagon Official
Washington has shifted its position because they realize Iran is a central actor in both Iraq and Syria, which has imported militias to fight alongside Syrian government and Hezbollah forces, Draitser explained.

Elizabeth Gould and Paul Fitzgerald, authors of highly-acclaimed books on US foreign policy, told Sputnik that the United States inviting Iran to Syrian political talks may mean that "dawn has finally broken over the US Capitol."

"Washington has reached the moment when it has no alternative but to compromise and change course [in Syria]," Gould and Fitzgerald claimed. "Reality is a hard thing to ignore, even for the US Secretary of State."

On Wednesday, US State Department spokesperson John Kirby said the roles the Syrian opposition and President Bashar Assad will play in the political transition will be part of the talks.

Some 250,000 people have been killed in the Syrian civil war and more than 13 million have been displaced, according to the UN.