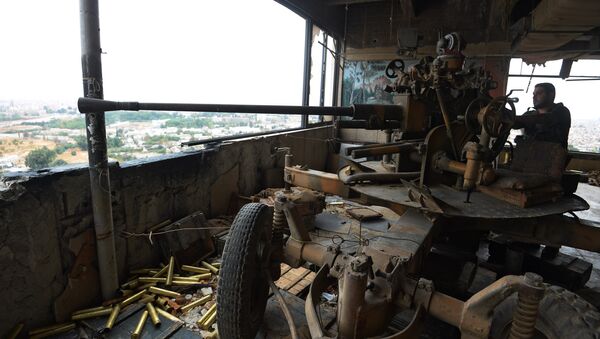 WASHINGTON (Sputnik) — Ya’alon’s comments come just as officials from nine nations, including the United States, Russia, Iran and Turkey, as well as the European Union (EU), are set to discuss a political settlement to the Syrian crisis in Vienna on Friday.

"I can’t see in the near future…. unfortunately, a political settlement to put an end to this civil war," Ya’alon stated.

The current situation in Syria provides only two options, Ya’alon claimed, with a Shia axis with Syrian President Bashar Assad on the one hand and the Islamic State on the other.