The Obama administration’s plan to train and equip moderate Syrian opposition forces has seen its share of setbacks. Now, the Pentagon’s first batch of fighters appears to have betrayed the United States and willingly handed its weapons stockpile over to al-Qaeda’s local affiliate.

Washington announced its plan to combat the self-proclaimed Islamic State terrorist last year. In addition to airstrikes, the Pentagon would identify so-called "moderate" fighters, and then train and equip those individuals to be part of a squadron known as Division 30. 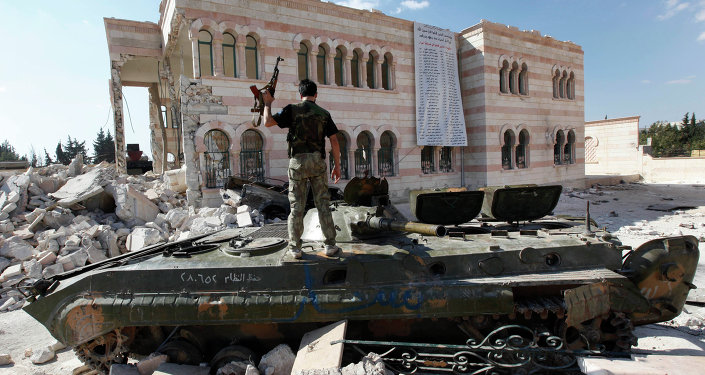 In June, US Defense Secretary Ash Carter pointed out the plan’s major flaw: Washington couldn’t find any moderate fighters. Originally intended to create an army of 5,400 fighters, less than 100 made it through the training program.

And of those, many were evidently playing the long-con.

"He promised to issue a statement…repudiating Division 30, the coalition, and those who trained him," Abu Khattab al-Maqdisi, a reported member of al-Qaeda affiliate al-Nusra, tweeted. He was referring to Anas Ibrahim Obaid, the commander of Division 30.

"And he also gave a large amount of weapons to Jabhat al-Nusra," the tweet continued.

According to al-Nusra, Obaid said he had tricked the coalition so he could get his hands on military hardware.

A similar account was given by Abu Fahd al-Tunisi, another al-Nusra member.

"A strong slap for America…the new group from Division 30 that entered yesterday hands over all of its weapons to Jabhat al-Nusra after being granted safe passage," he tweeted.

"They handed over a very large amount of ammunition and medium weaponry and a number of pick-ups."

This is only the latest setback for Division 30. A large portion of fighters were kidnapped by al-Nusra last month, shortly after re-entering Syria to fight IS. Last Wednesday, head of US Central Command General Lloyd Austin even provided some laughably candid figures.

"We’re talking four or five," Austin told the US Senate’s Armed Forces Committee when asked how many US-trained fighters are operating in Syria.

These mounting problems have left many US officials doubtful of the program’s efficacy.

"We have to acknowledge that this is a total failure," Republican Arizona Senator Jeff Sessions said. "It’s just a failure. I wish it weren’t so, but that’s the fact."

Other’s see the latest developments as proof of what was always considered a doomed program. 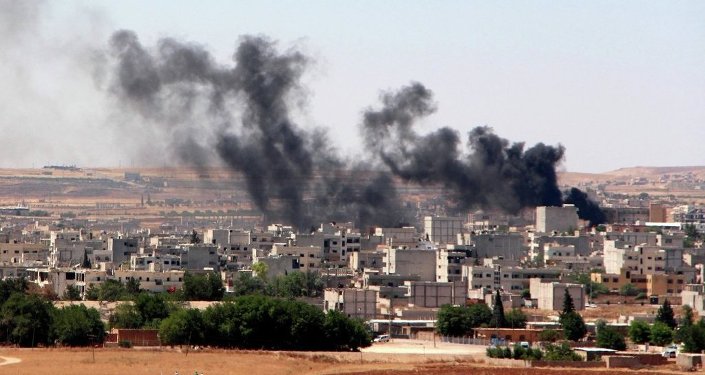 "Train and equip as conceived by the White House was mission impossible from the beginning," Frederic Hof, with the Atlantic Council, told Defense News.

Still, despite its failures, the program presses on. The Pentagon claims it is currently training between 100 and 120 fighters in Turkey, and these fighters will be sent into Syria in the coming months.

"One of the things that the secretary most admires about Gen. Austin is his candor and his forthrightness," Pentagon spokesman Peter Cook, told the Senate. He added that Defense Secretary Ash Carter has "full confidence" in Austin and Division 30.