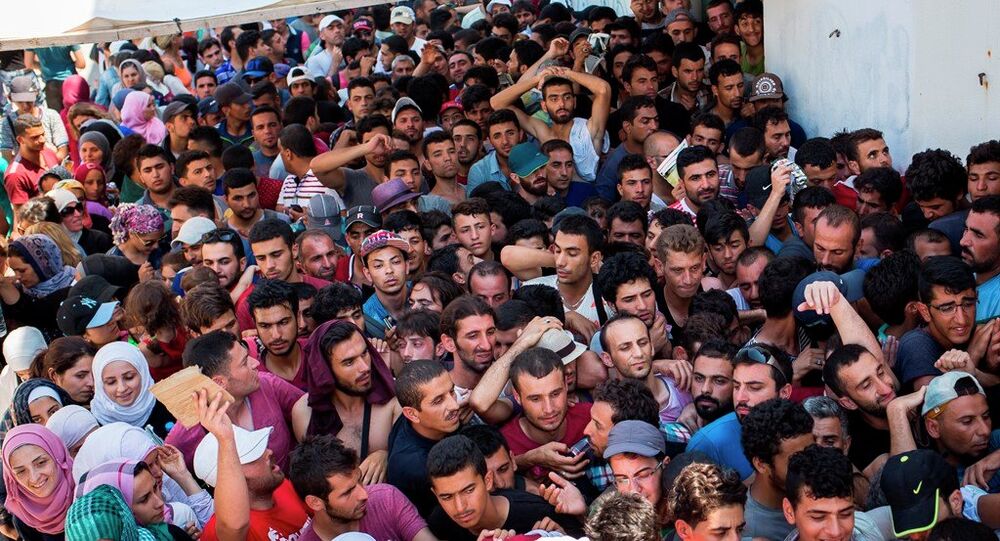 The United States and Russia, which are "the most powerful outside forces at play" in Syria, have to take a "much higher" number of refugees from the conflict, US Senator Ed Markey told Sputnik.

WASHINGTON (Sputnik), Leandra Bernstein — The United States and Russia should each bear a larger burden of refugees proportional to their roles in the Syrian conflict, Markey said.

"I think we [the United States and Russia] should each take a much higher number of refugees from the conflict, and in that way we will have to live with the consequences of our decisions in that country," Markey said on Wednesday of both countries role in the Syrian crisis.

Within Syria the United States and Russia are "the most powerful outside forces at play," Markey said, adding that the two must work together to bring a political solution to the ongoing conflict.

© REUTERS / Bassam Khabieh
Obama Welcomes Putin’s ‘Constructive’ Support on Syria
As a result of the four-year conflict in Syria and the rise of the Islamic State in Syria and Iraq, more than four million Syrians have fled their homes, according to the United Nations. Many have sought asylum in Europe or in neighboring countries.

The White House recently announced the United States would open its doors to 10,000 Syrian refugees, but has so far resettled fewer than 2,000, according to independent estimates.

Earlier this month, the head of the Russian Migration Service, Konstantin Romodanovsky, said that Russia was ready to accept Syrian refugees, granted they do not violate any laws.

© AP Photo / U.S. Air Force via AP
US Talk of 'Deconflicting' in Syria Flawed Approach to Russia - Menendez
In a Wednesday US Senate Foreign Relations hearing, Markey argued that the United States has "a moral responsibility" to take in more refugees. noting "there was no ISIS [Islamic State] in Iraq before we got started."

Because of the different, but deep interests both the United States and Russia have in Syria, both countries should be "paradoxed by the consequences of proxy-state politics."

Since the 2011 outbreak of the Syrian civil war, the United States has backed the armed opposition to Syrian President Bashar Assad. Many experts have also blamed the 2003 US invasion of Iraq for the creation of the Islamic State, which has fostered major instability throughout the region.

Russia has continued to honor its defense obligations and recently provided the Assad government with military hardware to combat Islamic State extremists.