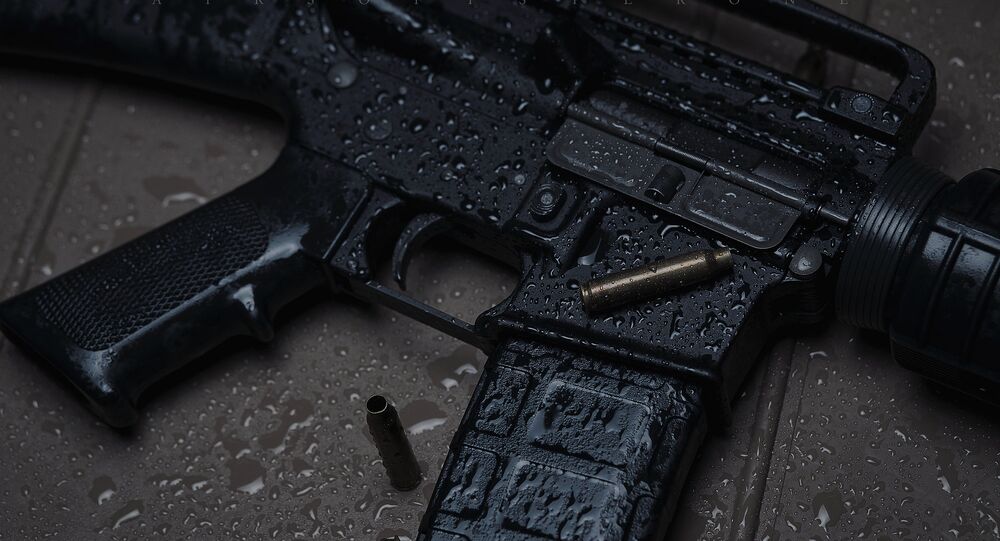 US arms were delivered to Iraq to help combat the self-proclaimed Islamic State terrorist group, despite fears that the weapons could inadvertently land in the hands of extremists. That appears to be exactly what happened, as new video depicts IS fighters training with American-made M16 assault rifles.

In June, Iraqi Prime Minister Haider al-Abadi announced that his government had lost a vast stockpile of US-made military vehicles. Originally intended to aid the freshly formed Iraqi government, 2,300 Humvees were commandeered by the Islamic State.

"We cannot replace HMMWVs we lose in battles," the prime minister on state television. "Besides, we are still losing HMMWVs because of the continuation of the fighting."

Only days after hearing the news, the Obama administration announced it would expedite weapons shipments to both the Iraqi Army and tribal fighters.

Those guns appear to have met a similar fate.

A video released by the terrorist organization Tuesday appears to show a training session involving over a dozen fighters. Gone are the traditional AK-47s, replaced with M16s, the infamous staple of the US military.

"It is noteworthy that the use of American rifles by Islamic State fighters is rare and is only seen in Iraq," security firm Flashpoint told NBC News. "These rifles were likely left by US forces or seized from Iraqi soldiers."

This isn’t the first time IS fighters have gotten their hands on US weapons. The group also released a video last year in which IS fighters claimed to have intercepted an airdrop package meant for Kurdish fighters. Included in the cache were medical supplies, ammunition, and weapons.

"These are the bombs that the American forces dropped for the Kurdish parties," a fighter can be heard saying in the video.

"They are spoils of war for the Mujahideen."

Pentagon spokesman Rear Admiral John Kirby told reporters at the time that he was unsure of that videos authenticity. While it was "not out of the realm of the possible" that IS had commandeered US weapons, Kirby maintained that "we are very confident that the vast majority of the bundles did end up in the right hands."

The Islamic State also previously got its hands on heavy artillery abandoned by the Pentagon. Photos posted online in May appear to show 10 M1A1 Abrams tanks captured after the terrorist group took control of the provincial capital of Ramadi.

World Starting to Understand Need to Unite Against ISIL - Lavrov