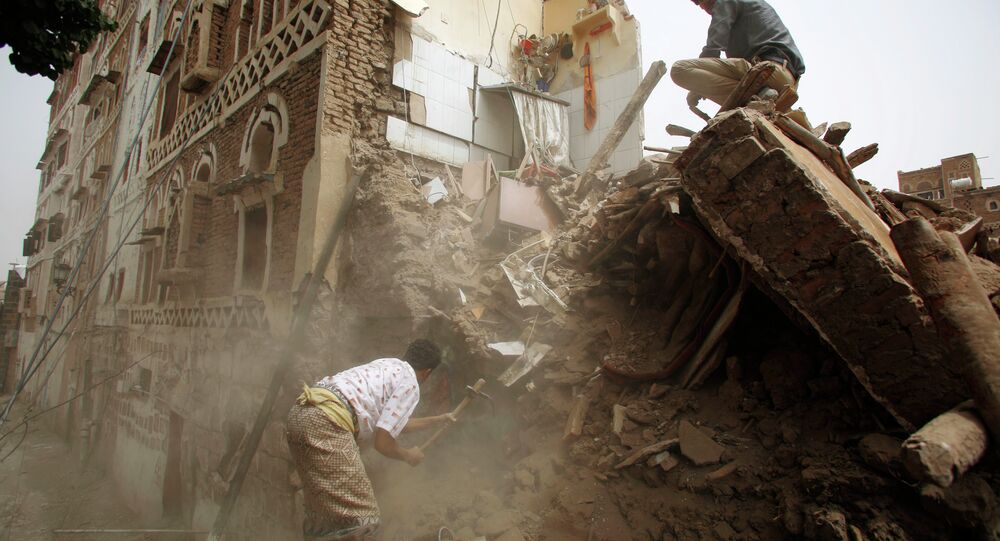 As military officials of the anti-Houthi Arab coalition proudly proclaim that they are closing in on the capital city of Sanaa, competing forces and an increasingly fractured society threaten Yemen’s future as a single and unified nation state.

Major General Mohammed Ali al-Maqdeshi, Chief of Staff for Gulf-allied and exiled President Abd Rabbu Mansour Hadi, proudly announced that coalition forces are poised to retake the capital city of Sanaa from Houthi rebels “within a few days.” Then, he said, all of Yemen will be "liberated."

But the reality is much more complicated. Yemen is marred by a long and violent history of tribal disputes and regional divisions, all of which have only been exasperated by the current conflict. In addition to a crippling humanitarian crisis, the country is being torn apart by competing forces vying for power, and capitalizing on the Saudi-led coalition’s advances.

"In the absence of a political settlement, the battle for Sanaa will be long, brutal, and deadly with no obvious winner," Ibrahim Fraihat, a policy analyst at Brookings Doha Center told Reuters. "A failure to retake Sanaa by Hadi’s camp is likely to lead to a de facto partition of Yemen."

As Loyalist fighters and their Gulf allies continue their push northward where Houthis, joined by forces loyal to the former Yemeni President Ali Abdullah Saleh, are holding ground, they are leaving in their wake ground for Al Qaeda’s branch in the country to take over.

According to a local official cited by Reuters, Saudi-coalition forces are training around 2,000 local fighters from different, often competing groups, including southern separatists and Islamist fighters, to temporarily take over Aden, after it was recaptured from the Houthis.

And while the exiled President Hadi continues to insist that al-Qaeda in the Arabian Peninsula (AQAP) will have no part in the port city, news of armed men carrying the terror group’s flag and parading around Aden’s central Tawahi district raise a lot of questions about the shifting allegiances in the war-torn country.

Local AQAP leader, Hamza al-Zinjibari, even said in a video released earlier this month that most of the coalition-backed, anti-Houthi fighters are members of his group, adding that they were "shaping the jihad," according to Reuters.

Another local official told Reuters that Hadi’s Gulf allies have sent in an addition 130 armored vehicles, 1,000 Saudi-trained Yemeni troops, and military experts from the United Arab Emirates in recent days. Meanwhile, Houthis seem to be stepping up their efforts, after launching a Scud missile and new attacks on Saudi border positions.

With the escalation of the fighting between the two forces, the ever-worsening humanitarian crisis, and the myriad of groups and their shifting loyalties, Yemen appears to be on the path to a much more bleak and divided future than the “liberated” state that coalition leaders have in mind.

Yemen Gov't Forces Announce Recapture of Another Province From Houthis