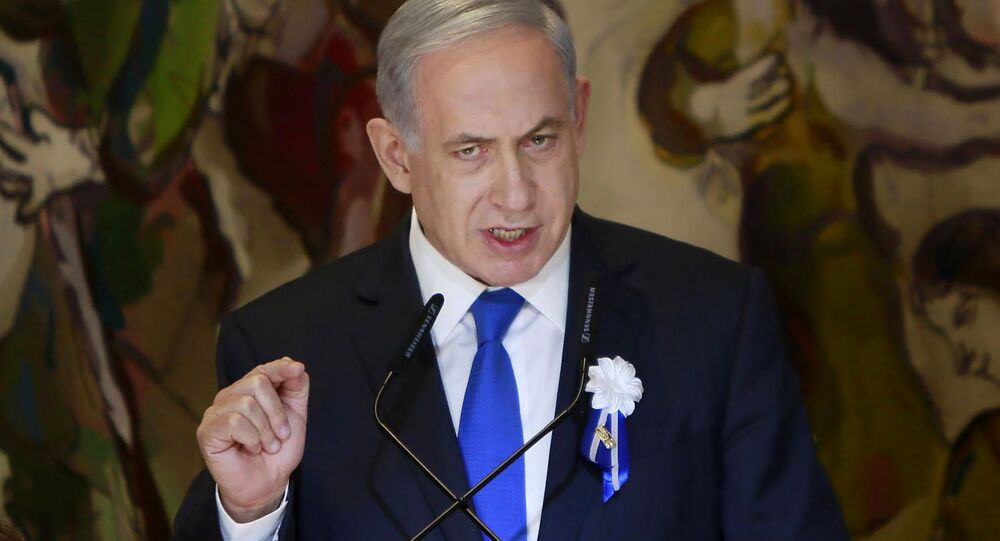 The historic nuclear agreement between Iran and the P5+1 nations has its share of detractors. Perhaps none more so than Israeli Prime Minister Benjamin Netanyahu, who has stated that his administration will not be bound by the accord.

In the months leading up to the agreement, Israeli Prime Minister Benjamin Netanyahu repeatedly expressed his concerns about any deal which would provide Tehran with nuclear capabilities.

During a controversial speech given before the US Congress, Netanyahu said that the deal would "change the Middle East for the worse" and urged US lawmakers to reject President Obama’s proposals.

Even now that the agreement has been formalized, Netanyahu has not changed his tone.

He went on to describe the alleged danger that could come from the lifting of sanctions.

"They’re going to get hundreds of billions of dollars to fuel their terror and military machine," he said, adding that "Iran is different. It’s a zealot country. It’s killed a lot of Americans. It’s killing everybody in sight in the Middle East."

This interview followed an address Netanyahu delivered to the Israeli parliament on Wednesday, in which he said Israel would not be obliged to recognize the agreement.

"[W]e will reserve the right to defend ourselves against all of our enemies," he said, adding "we have strength, and it is great and mighty."

The nuclear agreement will allow international sanctions on Iran to be gradually lifted, and allow the Islamic Republic to begin developing nuclear energy for peaceful purposes. As part of the deal, United Nations inspectors will be permitted to monitor any nuclear facility for up to 24 days. In this way, Western nations can rest assured that Iran is not pursuing an atomic weapon.

Netanyahu had harsh criticism for this stipulation, as well.

"Can you imagine giving a drug dealer 24 days’ notice before you inspect the premises?" he told NBC. "That’s a lot of time to flush a lot of meth down the toilet."

Israel’s ambassador to the United States, Ron Dermer, had a more measured response to the nuclear agreement. According to the Associated Press, Dermer said he does not believe President Obama "tried to hoodwink Israel" in regards to the negotiations, adding that the US and Israel have "an honest policy difference.”

Dermer did, however, express solidarity with the prime minister, adding that the deal "does not block Iran’s path to the bomb" but "paves it."

Earlier on Wednesday, Russian Foreign Minister Sergei Lavrov urged for emotional reactions to the nuclear deal be put on hold.

"Such emotional statements about the deal that has been reached should probably be postponed until all states have examined the agreement," Lavrov told reporters. "It contains a reliable, fair balance of interests, which provides not only compliance with the nuclear nonproliferation regime, but also strengthens it."

Iran and the P5+1 nations – including the United States, the United Kingdom, Russia, China, France, and Germany – came to an agreement on Tuesday after an exhausting series of negotiations.

Iran Deal Not Aimed at Normalizing US Relations With Tehran - Obama

Lavrov to Israel: 'Emotional Statements' on Iran Deal Should Be Put on Hold

US More Concerned About 'Tenacious' Iran's Leadership Than Nuclear Program