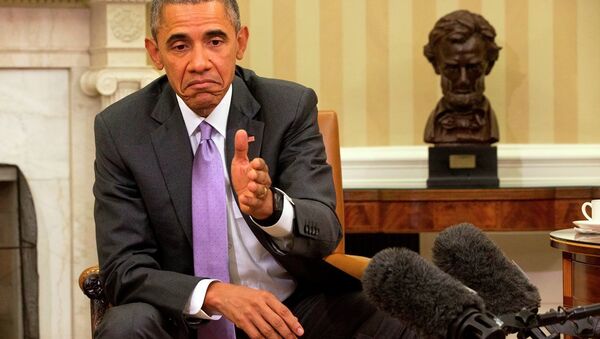 While receiving praise from western governments as a huge step towards securing Middle Eastern peace, Iran's nuclear deal has also been seen as a sign of the West's shifting alliances in the region, with traditional allies Israel and Saudi Arabia particularly unhappy with Washington's actions.

US President Barack Obama hailed the agreement as a success, saying that it would lead to a "safer and more secure" world, while Iranian counterpart, President Hassan Rouhani said the "historic" deal would open a "new chapter" for his country with the rest of the world.

The agreement will ensure that Iran will scale back its nuclear activities to an extent that it cannot build a nuclear weapon, in return for the lifting of significant sanctions that have crippled Iran's economy.

The historic deal finally came about after nine years of on-again-off-again talks between Tehran and the so-called P5+1 — the US, UK, Germany, France, China and Russia.

Despite the fanfare of the agreement, it has also stirred considerable resentment among some of the West's — and principally, the US' — traditional Middle Eastern allies, who view the deal as a dangerous precedent, which will allow Iran to further develop weapons in the future.

Among the most vocal critics has been, unsurprisingly, Israeli Benjamin Netanyahu, who labeled the nuclear deal a "stunning historic mistake" which he says would lead to Iran generating "hundreds of billions of dollars with which it can fuel its terror machine and its expansion and aggression throughout the Middle East and across the globe."

The Iran deal is a stunning historic mistake! Agree? Retweet this video of my statement. The world needs to know. https://t.co/Dkl5u3q9P5

In a sign of his distaste for the deal, Netanyahu said he did not regard Israel as being bound by the agreement, adding "we will always defend ourselves."

Despite the criticism, Iran has denied that its nuclear program has ever posed a threat to the West or neighboring countries in the Middle East, insisting that its nuclear work has always been peaceful.

Israel and Iran have had hostile relations for many decades with the latter not officially recognizing the legitimacy of Israel as a state, so Netanyahu's reaction to the deal was hardly surprising.

While Israel has publicly denounced the West's nuclear deal with Iran, Saudi Arabia have been less open with their anger at the agreement, despite many analysts suggesting that Riyadh is equally furious with US officials for driving through the deal.

Humanity can go billions of miles to visit #Pluto, but #Israel and #Iran can't go 500 miles to make peace on #Earth? pic.twitter.com/dZjCmNgphJ

Saudi Prince Turki al-Faisal told the BBC earlier this year that any nuclear deal aimed at limiting Iran's nuclear capabilities instead of ending them, would lead to other countries asking for the same rights, with fears it could ironically lead to an arms race between rival countries.

"I've always said whatever comes out of these talks, we will want the same," he said.

"So if Iran has the ability to enrich uranium to whatever level, it's not just Saudi Arabia that's going to ask for that. The whole world will be an open door to go that route without any inhibition, and that's my main objection to this P5+1 [the six world powers] process."

Despite Saudi government officials not offering significant criticism of the US-led nuclear talks, many other journalists, clerics and analysts in the Gulf Kingdom were far more forthright in suggesting that Riyadh's main ally may now have divided loyalties in the region.

"Iran made chaos in the Arab world and will extend further after the agreement, and the GCC (Gulf Cooperation Council) countries should reduce their confidence in America and turn their focus to Russia and China."

While it would be premature to say that the US and western cooperation with Iran is a sign of Washington's changing alliances in the Middle East, it is clear that the latest developments have certainly broken down some of the barriers previously put in place against Tehran, while at the same time alienated some of the US' traditional regional allies in Saudi Arabia and Israel.

Whether this will have long-term consequences for the relations between these countries in the West, or merely act as a temporary glitch is yet to be seen.