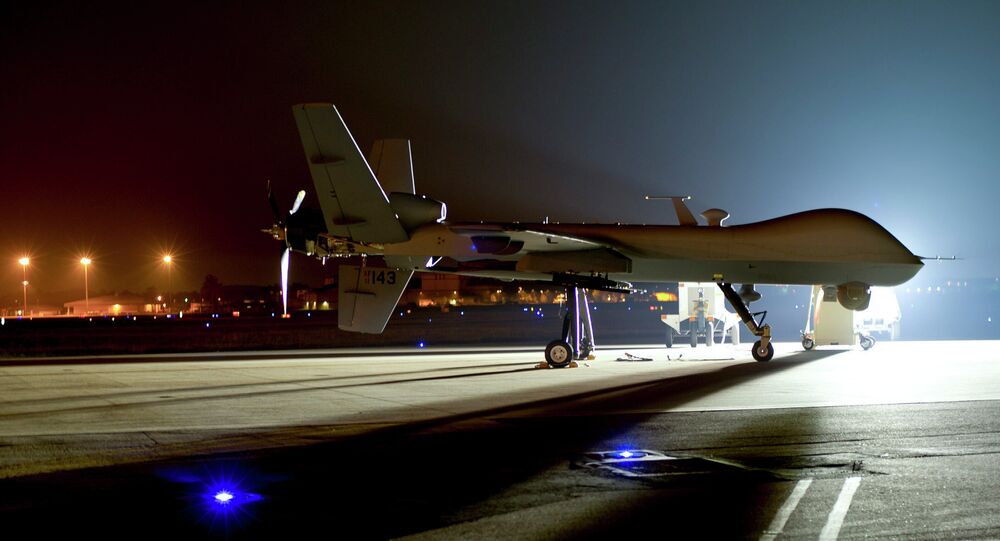 The first of two strikes was carried out at noon Monday in Nangarhar province's Achin district, on the border with Pakistan, killing 12 militants, according the provincial governor's spokesman, Ahmad Zia Adulzai.

A short time later, US officials acting on reports that indicated the fighters were moving to a new location conducted a second strike in the same district, leaving 37 militants dead.

"This is the first and bloodiest drone strike on Daesh fighters in the area which has killed quite a big number of militants," Abdulzai told Anadolu Agency.

He said the IS fighters were planning to attack Taliban militants in neighboring areas. The two groups have been fighting frequently, especially in Nangarhar province, where IS militants have pushed the Taliban out of the Achin and Nazian districts in recent months.

At least 11 militants from both sides were killed and two others wounded when militants loyal to the groups clashed over territory in the province’s Nazian district on Sunday, Anadolu Agency reported.

The IS, also known by its Arabic acronym Daesh, has taken over large swaths of Iraq and Syria. The group reportedly has begun to gain a foothold in Afghanistan too, even though they have not announced having a presence there.

Last month, the Pentagon said the group's presence in Afghanistan was still "in the initial exploratory phase."

But according to an Afghan official, IS militants have taken control of parts of five districts in Nangarhar and established contact with the IS leadership in Syria.

The group's fighters are thought to be former Taliban fighters who defected after IS gained control of large territories in Iraq and Syria over the past year, Anadolu Agency reported.