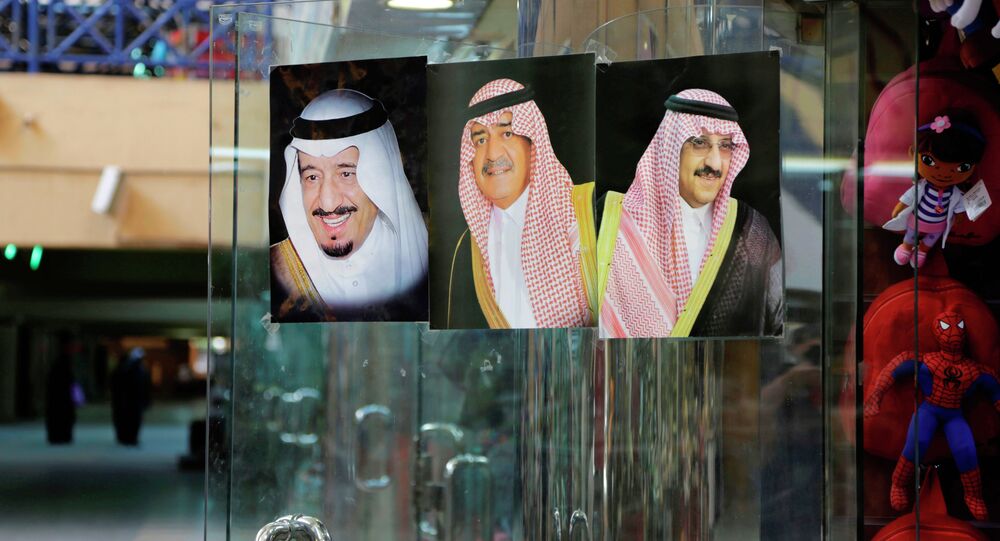 Following the release of tens of thousands of secret documents shedding light on the internal workings of Saudi Arabia, officials in Riyadh were quick to denounce the cables published by WikiLeaks as fake, with Saudi bots accused of taking to social media to further discredit their authenticity.

Following Friday's publication of the 60,000 documents, Saudi Arabian officials were quick to urge citizens not to share "documents that might be faked."

This was followed by a statement from foreign ministry spokesperson Osama Naqli, who warned the country not to "allow enemies of the state to achieve their intentions in regards to exchanging or publishing any documents" as "many of them had been fabricated in a very obvious manner."

Despite the criticism, WikiLeaks have defended the authenticity of the leaks, which they say come from a series of embassy communications, emails between diplomats and other discussions referencing Saudi Arabia's regional issues.'

However, beyond the official statements, critics have accused Saudi Arabian Internet trolls and software applications — known as 'bots' — of ramping up the anti-leaks rhetoric and supporting the kingdom in the wake of the revelations.

In a tweet, WikiLeaks drew attention to the hashtag #Saudi_WikiLeaks_Are_Fake, saying that it was a case of "Saudi propaganda bots" going to work to discredit the authenticity of the leaks, which provided some interesting revelations about the internal machinations of the House of Saud.

#Saudi_WikiLeaks_are_Fake Saudi's are relishing as they now know the true importance and power/influence of their country.

Along with those arguing that the leaks were fake, other Twitter users have taken to the tag to mock and ridicule users.

Key features of the WikiLeaks documents were a targeted interest by Saudi officials to undermine Iranian interests in the Middle East, with the cables mentioning ways to publicize the concerns of Iranian citizens through social media and other online platforms.

Trust between the government and the public is almost non existent. Corruption and oppression are the main themes. #Saudi_WikiLeaks_are_Fake

Another 'Top Secret' memo with potential international impacts claims that some Gulf states were willing to pay $10 billion to secure the release of ousted Egyptian dictator Hosni Mubarak.

However, there were some lighter leaks, such as the revelations of an unpaid invoice of $1.4 million for limousine costs racked up by Princess Maha Al Ibrahim, who left Geneva without fixing up her bill during a 2009 visit to Switzerland.

Saudi Arabia, the world's largest oil exporter with strong links to the UK and US, and still ruled by an absolute monarchy, has been very sensitive to public criticism of its internal practices in the past.

Tight control is maintained over the media while a number of activists have been imprisoned for publishing information or reports that may criticize the ruling dynasty.

Many of these cases have triggered international outrage, such as the imprisonment of blogger Raif Badawi, who was sentenced to 10 years in prison and 1,000 lashes for insulting Islam, despite international calls for him to be released.

The Saudi Cables: Riyadh Offered $10B to Free Hosni Mubarak