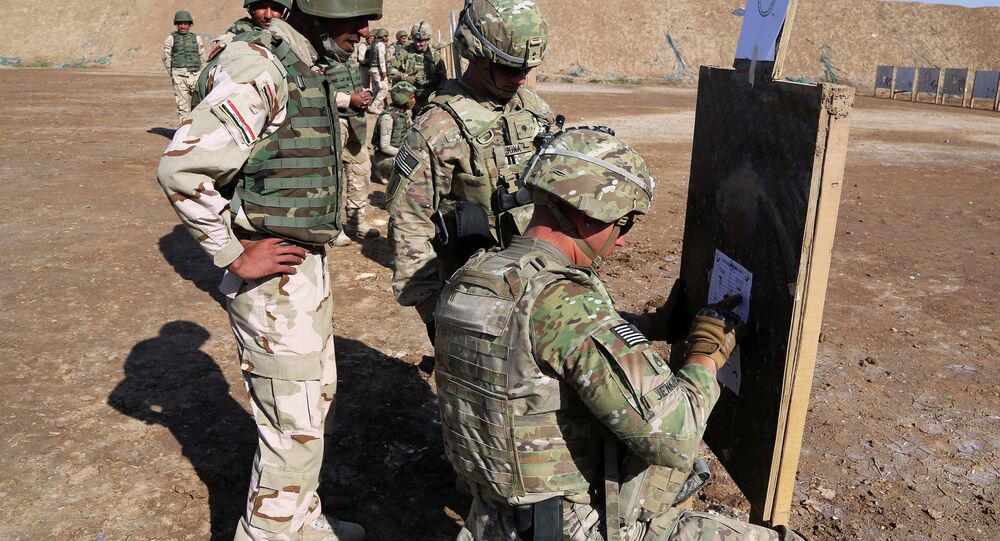 As Iraqi Prime Minister Haider al-Abadi travels to Washington to request billions in loans from the US, American troops are making the opposite trip, traveling back to Iraq for the first time since 2011. Surveying the military they once trained, the US finds an army in disarray.

When the United States pulled its forces out of Iraq in 2011, it came with an important caveat: to prevent the country’s collapse, Iraqi forces had to first be trained to maintain stability in the region. It was a goal the US invested billions in, and at its post-invasion peak, the Iraqi Army numbered nearly 280,000 fighters.

Since, that number has decreased dramatically. While Iraq’s Foreign Ministry of Defense claims it currently employs 141,000 active-duty soldiers, some estimates suggest the true tally may be as low as 50,000.

"When I left in 2009, they had it, they really did," Major James Moblin told the New York Times. He’s one of 300 members of the 5-37 Squadron of the 82nd Airborne Division who have returned to Iraq as part of President Obama’s renewed training operation, which was announced last November.

"I don’t know what happened after that," Moblin lamented.

"It’s pretty incredible," Lieutenant Colonel John Schwemmer said upon arriving at Al Asad air base, just 20 miles from Baghdad. "I was kind of surprised. What training did they have after we left?"

The US soldiers have returned, in part, to help fortify a defensive line against the self-proclaimed Islamic State. The terrorist group’s rapid seizure of large portions of northern Iraq can partially explain the Iraqi Army’s collapse. During the Fall of Mosul, four military divisions fell apart overnight when faced with only a few hundred Islamic State fighters. Thousands deserted.

But there were other systemic problems, as well. Namely, widespread corruption. A number of senior Iraqi officers used military funds to buy their own commissions. One general, known as the “chicken guy,” sold poultry to his units instead of providing it as regular terms of service, pocketing the difference.

Despite this corruption in the military, Prime Minister Abadi is using his first official trip to Washington to request billions more in international assistance, also with the hope of fighting back the Islamic State. After meeting with President Obama on Tuesday, he will meet with the managing director of the International Monetary Fund, and with the president of the World Bank. Facing a $22 billion budget deficit, the Iraqi government is asking for over $4 billion from wealthier allies.

Prime Minister Abadi may also reiterate requests made in January for the West to loan weapons to the Iraqi military.

If the US government wants the Iraqi Army to be an effective frontline against the Islamic State, trainers have a long way to go. While leading a live-fire exercise last Thursday, American instructors noted that many of the Iraqi soldiers – even those who had been enlisted for a year or more – had never participated in such drills.

Iraqi regimental commander, Major Masar Hasim, told the Times that many of his soldiers had never received this type of in-depth training.

"If I get 100 good soldiers out of this 400 we have here, I would feel like a king," he said. Plus, his unit is still waiting for its equipment to arrive. "I have no idea when we’ll get them."

US Concerned About ISIL Presence Outside Iraq, Syria

Claims of US Failure in Iraq Misrepresent Situation on Ground - Biden