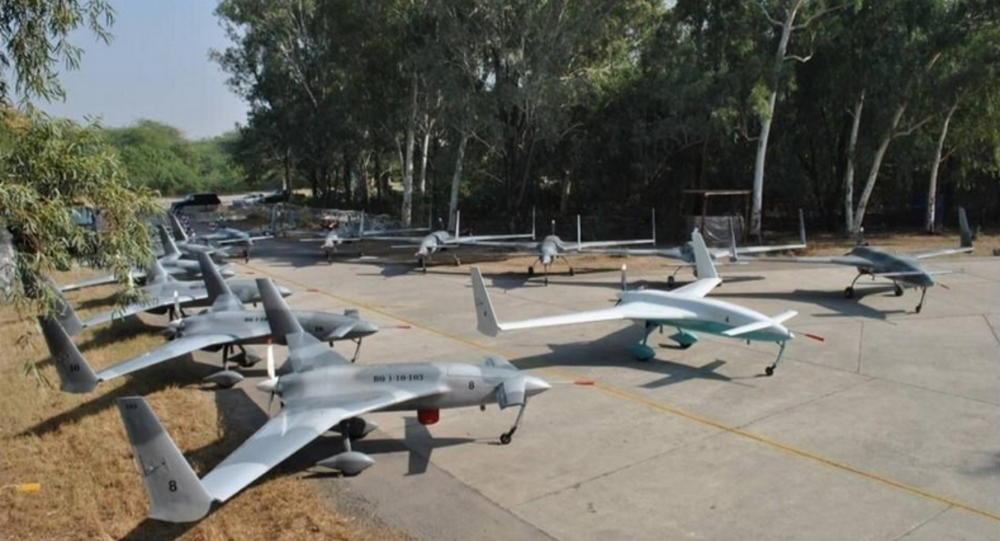 Drones are taking on a more ever-present role in the world and changing the way wars are fought. On Friday, Pakistan successfully tested its first military UAV.

According to a statement released by the Pakistani army, its military has just tested its own indigenously developed, armed drones. The unmanned aircraft come equipped with laser-guided missiles and will be deployed against terrorists along the country’s northwestern border with Afghanistan.

While the republic had already acquired surveillance drones, the new armed models highlight a major leap in technological achievement. The UAV’s have been named Burraq, after the flying horse familiar in Islamic tradition.

Asim Bajwal of Inter Services Public Relations witnessed the test with Chief of Army Staff General Raheel Sharif, and according to Bajwal, both men were very satisfied with the results. Raheel called the event "a great national achievement."

Despite repeated requests for the United States to supply the Pakistani military with armed UAV’s, the American government has consistently denied the appeals.

As such, the development of unmanned aerial vehicles has been a longtime goal of the Pakistani military, which has complained about US drones targeting jihadists through its airspace. Many of these strikes have killed civilians.

According to an analysis conducted by human rights group Reprieve in January, US drones searching for four terrorists killed as many as 221 innocent civilians. The Bureau of Investigative Journalism claims that the CIA has conducted 413 strikes in Pakistan since 2004.

Pakistan stepped up its efforts to combat terrorism within its borders after a brutal attack by the Taliban last year. Over 130 children were murdered in a school in the northwest region of Peshawar. That assault also led to a reinstatement of the death penalty in Pakistan.