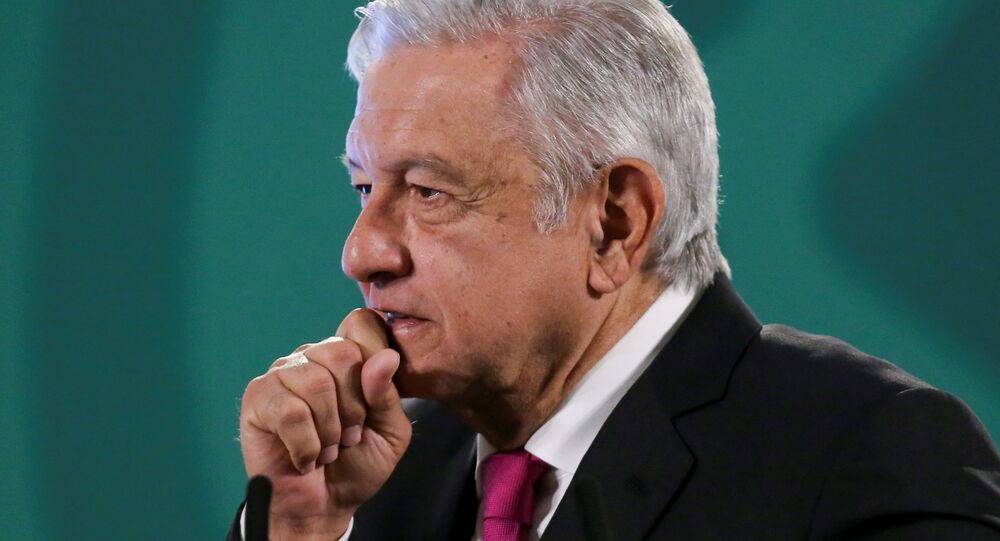 On Saturday, a Mexican court moved to acquit Sinaloa drug cartel co-founder Héctor Luis Palma Salazar, alias "El Güero Palma," of organized crime charges. Despite his acquittal, Palma Salazar - who was previously extradited to, and back from the US - still remains in Mexican custody.

The Mexican president argued that failure to check for outstanding warrants for the 80-year-old could lead to skepticism about the government's stance on drug trafficking.

"This is a matter of national import," López Obrador said on Monday, according to an English language translation. "Imagine the suspicion, the jokes, the memes."

Palma Salazar and Joaquín Archivaldo Guzmán Loera, alias "El Chapo," both led the Sinaloa Cartel prior to their respective arrests in the 90s. Guzmán Loera, once considered to be one of the most powerful international narcotics traffickers, is now in US custody and serving out a life sentence for cartel-related crimes at the US Penitentiary, Administrative Maximum Facility in Colorado.

Wikimedia Commons
Héctor Luis Palma Salazar, seen with agents from the US Drug Enforcement Administration and US Customs and Border Protection.

López Obrador said on Monday that the immediate release of Palma Salazar could bring global ramifications similar to those from the August 2013 release of Rafael Caro Quintero - the former leader of the now-defunct Sonora Cartel who has since returned to organized crime.

"Something similar happened when Mr. Caro Quintero was released," López Obrador said. "They accused us from abroad, accused the government of complicity. No foreign government should accuse the Mexican government, and we shouldn’t give them a pretext to do that."

Caro Quintero, alias "Narco of Narcos," was added to the Federal Bureau of Investigation's (FBI) Ten Most Wanted Fugitive list in 2018, due to his involvement with the kidnapping and murder of a US Drug Enforcement Administration special agent in 1985. According to the FBI, Caro Quintero is known to hold leadership positions in the Sinaloa Cartel and the Caro Quintero Drug Trafficking Organization.

The US government is presently offering up to $20 million for information leading to the arrest and/or conviction of Caro Quintero.

López Obrador's comments regarding the Mexican government's international image comes just days after former US ambassador to Mexico Christopher Landau claimed the president "has basically adopted a pretty laissez-faire attitude towards" drug cartels with his 'abrazos, no balazos' ('hugs, not bullets') policy.

Speaking to attendees of a roundtable event organized by the Council of American Ambassadors in April, Landau argued that the Mexican drug cartels are estimated to control "anywhere from 35-40% of the country," which, combined with López Obrador so-called laissez-faire attitude, is "troubling" to the US government.

"I think it’s a big problem for Mexico," he said, noting that the Mexican government was not quick to accept help from the US government during former US President Donald Trump's tenure.

Nevertheless, Palma Salazar will tentatively be released by Mexican authorities later this week, unless national or international authorities notify the Mexican government of outstanding warrants.

Following his arrest in 1995 on bribery and weapons charges, Palma Salazar served 12 years in Mexican custody, and was then extradited to the US in 2007. The Sinaloa drug cartel co-founder served nine years of a 16-year sentence in US custody before being extradited back to Mexico, where he remains to this day.