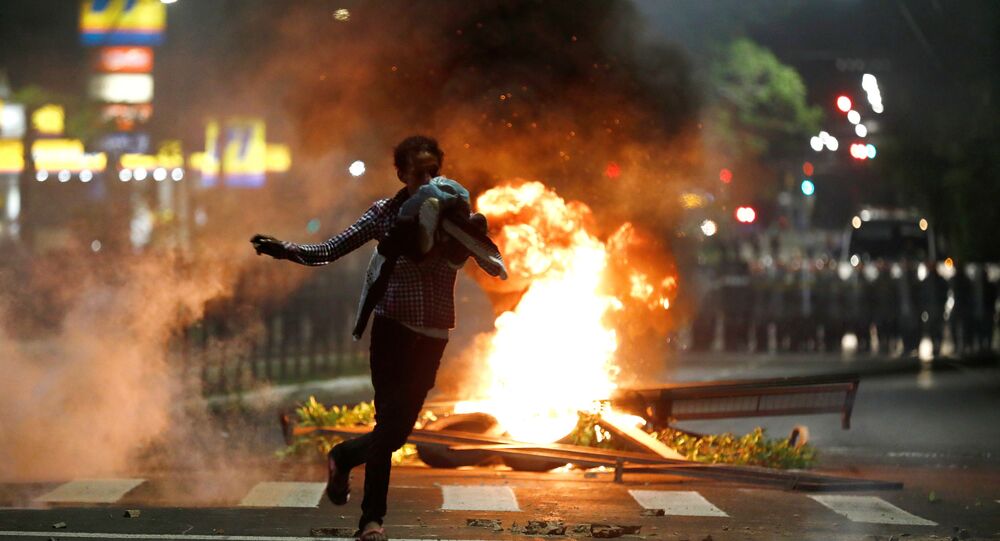 Brazilian Police Use Rubber Bullets on Protesters Against Killing in Carrefour, Reports Say

MOSCOW (Sputnik) - The Brazilian police have used rubber bullets to disperse a crowd during the protests in the Porto Alegre city over the killing of a customer in a Carrefour chain store, the G1 news website has reported.

According to the news outlet, on Monday evening, protesters gathered near the store in Porto Alegre, most of them holding placards with calls for justice. At about 7.00 p.m. (22:00 GMT), the protesters started marching through the street, causing traffic to slow down.

An hour later, several protesters began tearing and setting on fire tree branches as well as throwing rocks at police officers. The disturbance, which lasted for about 20 minutes, was quelled after the police used rubber bullets against the crowd. There is currently no information about casualties.

Carrefour called the protests justified, saying it wants to start a conversation to search for solutions to prevent such incidents from happening. The company says it has already contacted the family of the deceased and expressed readiness to provide any assistance necessary.

Last Friday, 40-year-old black man Joao Alberto Silveira Freitas was killed by guards while shopping with his wife. According to preliminary reports, he died from choking, making his case similar to that of George Floyd in the United States.