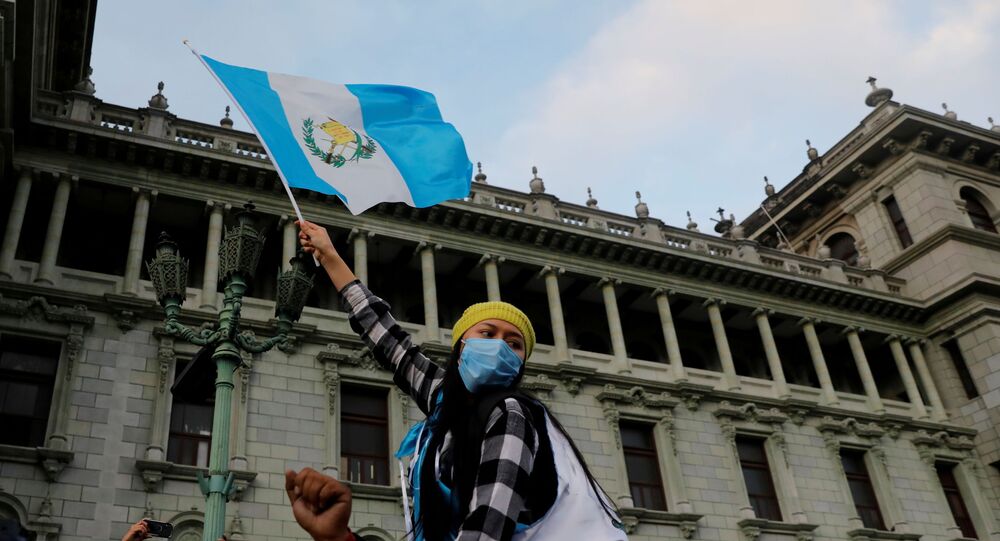 MOSCOW (Sputnik) - Guatemala's Congress is suspending work on the controversial budget for next year, approved last week, amid violent protests in the country, the president of the Congress, Allan Rodriguez, has announced.

The president of the Congress said the protest action in Guatemala was a coordinated act of terrorism and called for a thorough investigation.

"We have agreed to suspend the processing of the budget of revenues and expenditures of the state and the legislature for the period of 2021 through the appropriate legislative procedure, as a result, this decree will not be sent to the executive body today", Rodriguez said on Monday, as broadcast by Televi7.

On Saturday, protesters in Guatemala City broke into the Congress building, setting it on fire, amid public discontent over the new budget, which stipulates cuts to education and healthcare spending. The almost $13 billion budget, the largest in Guatemala’s history, was approved with the support of 115 (out of 160) lawmakers last Wednesday.

Rodriguez did not specify whether a new budget would be drawn up in the coming days. Guatemalan lawmakers have until the end of the month to decide.

Guatemalan President Alejandro Giammattei warned on Saturday that demonstrators engaging in acts of vandalism would be held accountable.

On Sunday, the Guatemalan government said that the protests were a real institutional threat that needed to be addressed with the help of regional organisations and the international community.