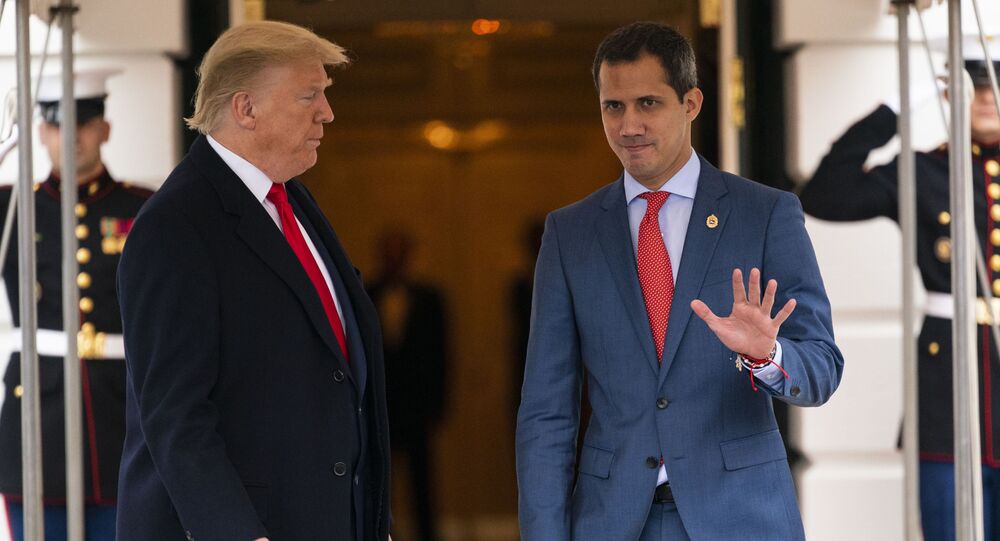 The current administration actively supported the Venezuelan opposition figure, who orchestrated an unsuccessful coup attempt in 2018 and reportedly organised another one in 2019. Washington recognises Guaido as Venezuela's interim president and is pressuring the country with sanctions to force elected president, Nicolas Maduro to resign.

Venezuelan President Nicolas Maduro has stated that he feels pity for his American counterpart Donald Trump after Venezuelan opposition figure Juan Guaido rushed to congratulate Democrat Joe Biden on his projected victory in the US presidential election, purportedly disregarding everything that POTUS did for him. Maduro argued that if it were not for Trump and the significant sums of money his administration invested in Guaido, he would be no one.

"Donald Trump created Juan Guaido, his team created this monster. They transferred $800 million to him in a matter of two years", Maduro said in a televised address to the nation.

The elected Venezuelan president noted that as soon as the media declared Biden's projected victory, Guaido and his allies "dumped" Trump like "rats fleeing from a sinking ship".

Maduro, who also congratulated Biden on the expected win in the election, said Venezuelan authorities were ready to establish ties with the White House under a new administration under certain conditions.

"We will work to re-establish channels of dignified, sincere, direct dialogue between the future United States government and the Venezuelan government that I lead", Maduro stated.

Downward Spiral in Relations Between Venezuela and US Under Trump

Relations between Venezuela and the US deteriorated sharply more than two years ago after the Trump administration refused to recognise Maduro's re-election and started imposing sanctions on the country's economy, which was already struggling with an internal crisis, in a bid to force the president to resign. In addition to sanctions that limited Venezuela's ability to sell oil, the US actively supported Venezuelan opposition figure Juan Guaido, who proclaimed himself interim president and staged an unsuccessful coup in April 2018.

Maduro insists that the US not only helped Guaido in his attempt to overthrow the government in 2018, but also in May 2019. At the time, Venezuelan forces detained a group consisting of Venezuelans, Colombians and two Americans, who confessed to being members of the private security company Silvercorp USA.

Head of Silvercorp and former Green Beret Jordan Goudreau, claims the White House knew about the group's plans to kidnap Nicolas Maduro and that the operation was ordered by Juan Guaido with the aim of overthrowing the government. The US did not confirm being part of the botched operation, while Guaido denied signing an agreement with Silvercorp to conduct it. However, Goudreau presented a copy of the signed agreement with the Venezuelan opposition figure as part of a $1.4 million breach-of-contract lawsuit, with the document containing a clause that enabled Guaido to deny his involvement if the operation were to go south.