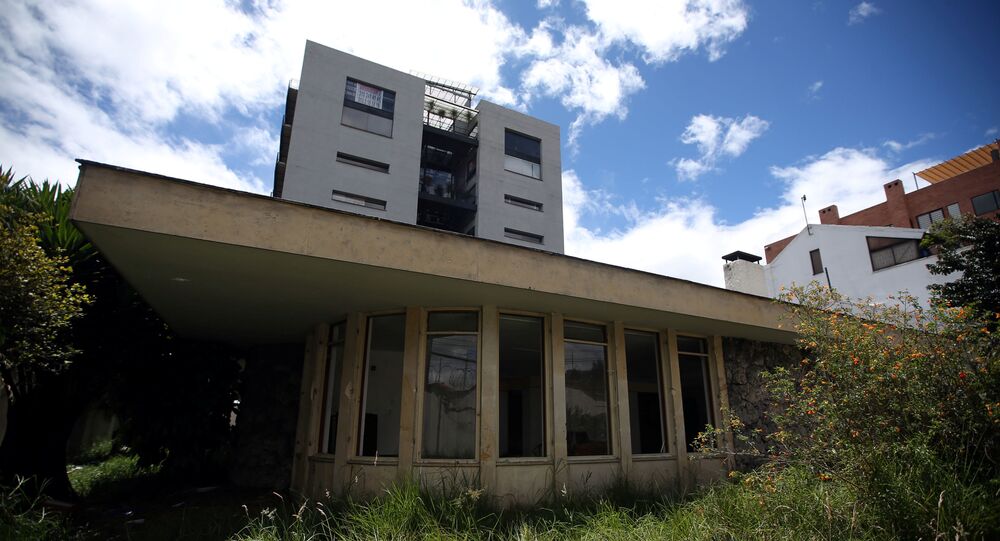 BUENOS AIRES (Sputnik) - The Venezuelan government will submit a complaint to UN Secretary General Antonio Guterres over the harassment of the country's non-functioning consulate in the Colombian capital of Bogota, Foreign Minister Jorge Arreaza said on Tuesday.

Earlier in the day, the Venezuelan consulate in Bogota was vandalized. Arreaza has posted footage showing the premises looted and trashed. Venezuela has accused the Colombian government of having failed to ensure the protection of its consular premises as per international law.

"[Venezuelan President] Nicolas Maduro instructed us to lodge a complaint with UN Secretary General Antonio Guterres. We will protect the integrity of our country and demand that international conventions be obeyed," Arreaza said in a statement.

Arreaza said Caracas counted on the Colombian authorities to launch an investigation into the incident and hold perpetrators responsible.

The Colombian Foreign Ministry told Sputnik it had not been informed by the police of any acts of vandalism against the Venezuelan consulate, emphasizing that the consulate was not functioning since last February after Caracas cut diplomatic ties with Bogota.

The diplomatic estrangement was a result of Colombia recognizing US-backed Venezuelan opposition leader Juan Guaido as the country's interim president last January. Guaido proclaimed himself president and even led a short-lived popular protest, but ended up loosing the ground to the incumbent government.

Venezuela Receives Shipment of 840,000 Packages of Insulin Drugs From Russia