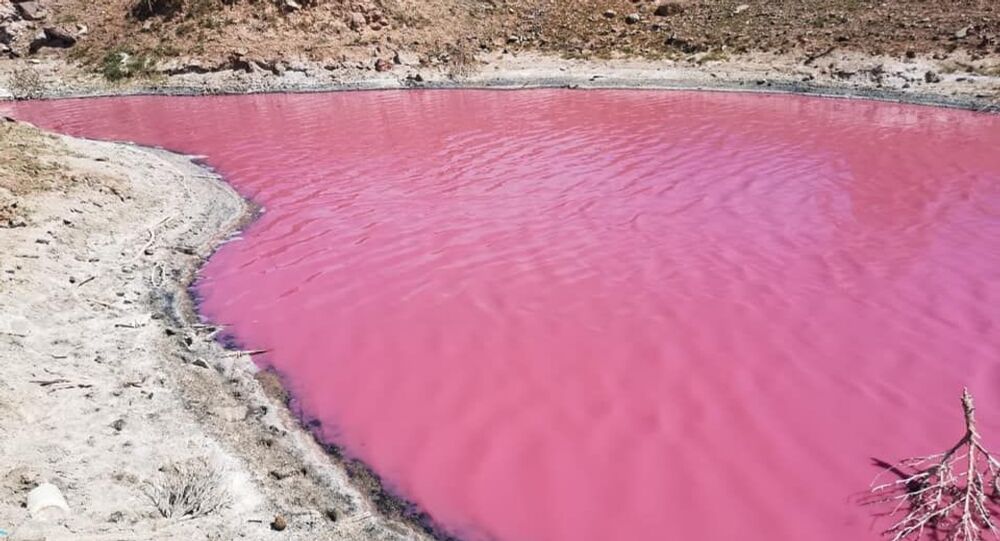 This week, a 465-square-metre lake in the Mexican village of Chichimequillas has rapidly altered its colour and local authorities still cannot figure out what could have caused such a dramatic change.

The increased concentration of sodium, unusual bacteria, gunpowder chemicals and the result of a mysterious night encounter were mentioned among the possible reasons why the local lake in Chichimequillas, Fresnillo municipality in Mexico suddenly turned pink on Monday, according to Imagen outlet.

According to local reports, the citizens of municipality heard some “rumbling” sounds during the night, only to find out in the morning that the lagoon has turned reddish. Following investigation from local authorities, chemicals used to create gunpowder were detected in the water but the Director of State Coordination and Civil Protection Antonio Caldera Alaniz said that further tests were needed to explain what had caused the water to change its colour.

© REUTERS / Baz Ratner
Fast-Growing Locust Plague Could Crush East Africa by June as Numbers Set to Surge 400-Fold
Some, however, suggested that the mysterious reddish condition could have been linked to the apocalyptic plague cited in the Book of Revelation 16:4.

“The third angel poured out his bowl on the rivers and springs of water, and they became blood”, the prophecy predicted.

Meanwhile, the surrounding flora and fauna have reportedly remained unharmed by the changes, with the National Water Commission in Conagua continuing tests to determine the cause of the occurrence and to ascertain whether the water can be used by local residents.